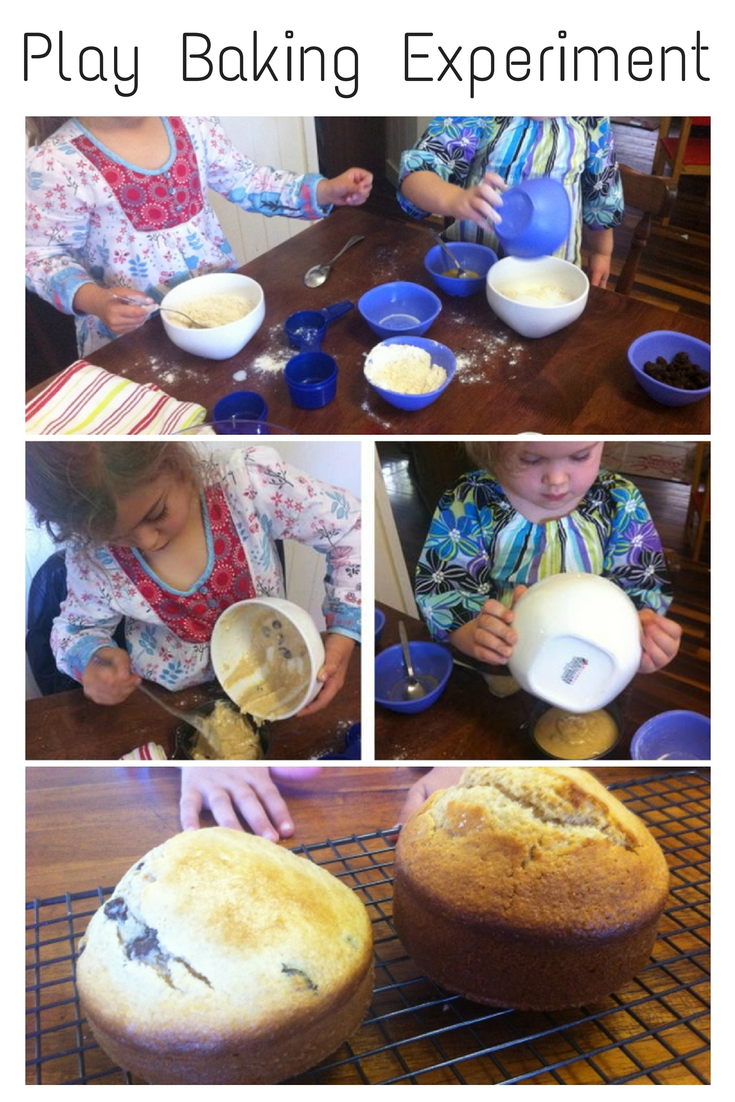 “Let’s do science!” says my 6-year-old Preppie, who had been recently introduced to this subject area at school. I kind of groaned. After a messy morning, which included sandy feet from a trip to the beachside park, a putty incident, and toast, I was not keen for water play or much else that involved possible explosions, overflows, or general muck.

Then I came up with this idea. “Let’s bake a cake,” I said, thinking that I could at least control the amount of mess to be made. “But you can do ALL the cooking. I’ll give you the ingredients, and you can make the mixture”. The kids and I often bake, but it’s very well supervised and always to a specific recipe. I felt confident that they now (at 4 and 6) understood the concept of baking, and that they would be able to throw something together that resembled cake mix. The kids were amazed at the suggestion, and I received wide-eyed stares and gasps – “really?”

Here’s what we did:

If you want a rough guide, below is some general cake measurements (but it’s good for the kids to experiment with the amounts and work out the texture so it doesn’t have to be exact).

Optional: Extra butter, sugar and cinnamon mixture to smear on the top of the cake once it’s cooked and still hot 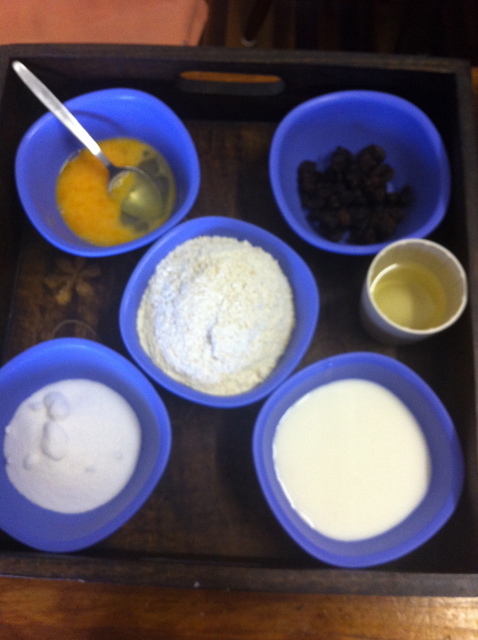 I watched from a safe distance to see how they used their ingredients. I was delighted to see them share the different bowls, and discuss how much would be half each. 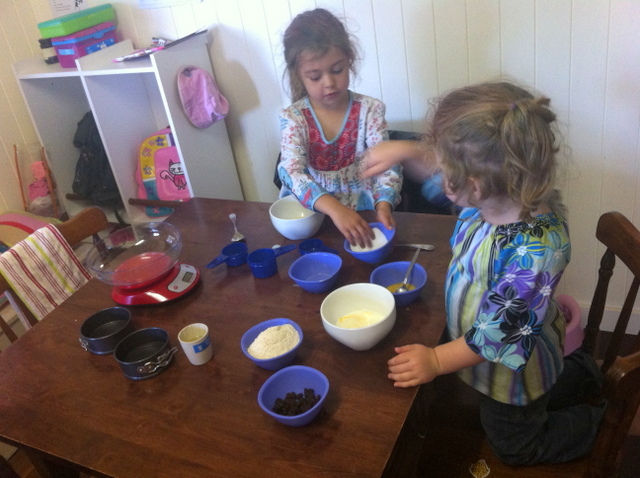 The children relished in their independence and took to the task with enthusiasm and care. They chatted as they worked and offered encouragement to each other. While each child’s cake was prepared separately, it was very much a joint task that required communication, turn taking and sharing. 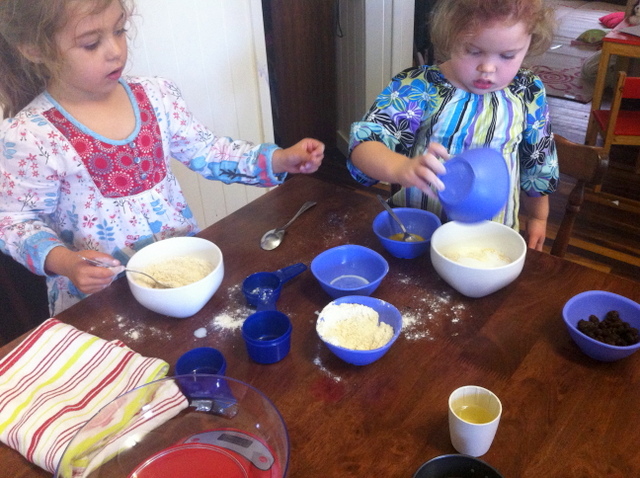 Once the batter was mixed, I did a quick check to see if their creations looked kind of right. I added a dash of milk to one, and a bit of flour to the other, and was sure that we would end up with something that resembled a cake.

The girls poured their mixture into the tins and then excitedly realized they each had their own bowls and spoons to lick! 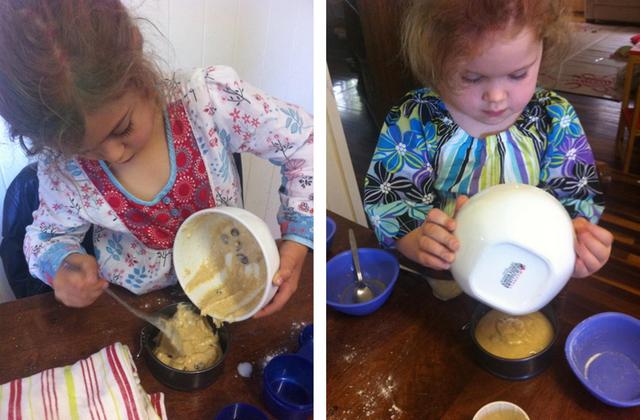 To our surprise and joy, the cakes both rose. We let them cool, and then removed the tins. It was like Christmas – we had no idea what to expect! Before long we were conducting taste tests. My little chefs had done really well, and while there were differences in texture and sweetness, both were edible. 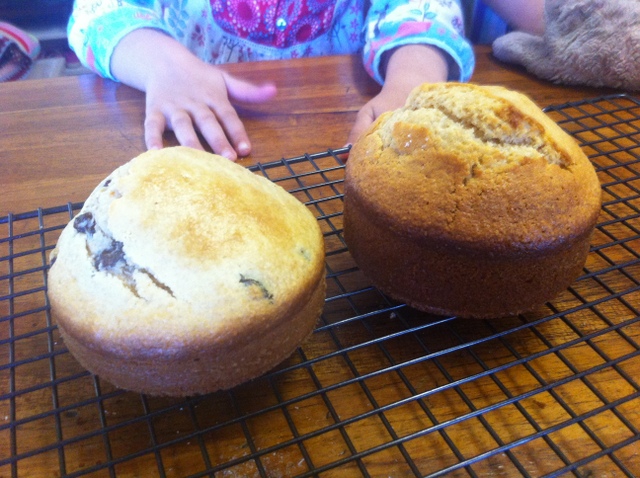 Even if the cakes had not tasted great or did not cook well or hold together, this still would have been a fun activity, with lots of opportunity to learn and expand many different skills.

As an Occupational Therapist, I find that I am drawn to activities that promote important daily living skills, and have function and meaning. I love this play baking activity for the many and varied skills it develops, which are done so through a play-based activity that is essentially (and most importantly) fun.

Nicole is a privately practicing Occupational Therapist (OT) in Brisbane, Queensland. She is mother to 2 beautiful girls aged four and six. More information about Nicole can be found here:    www.gatewaytherapies.com.au

iReview: iPad: Using an iPad with kids and recommended apps 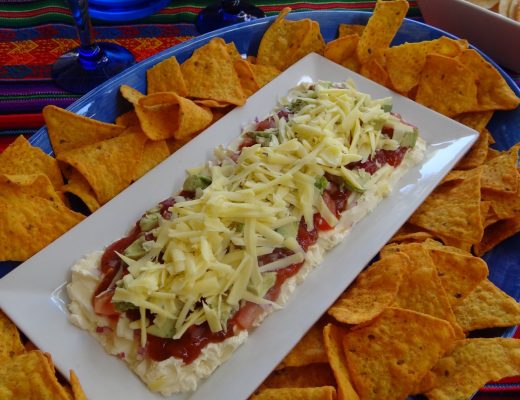 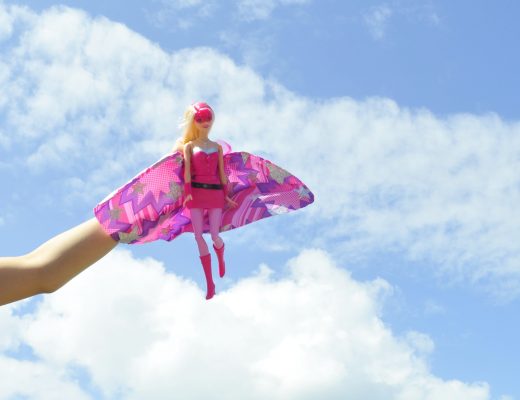