Earlier this year, Mister Maker (Phil Gallagher) performed sold out shows for a legion of mini-makers in Sydney. This month, he’s returning down under to perform live shows in Melbourne, Adelaide, Canberra, Newcastle, Sydney, Perth and Brisbane. Phil chatted to Be a Fun Mum about his upcoming tour, his love of cricket and how being “Mister Maker” is his dream job. 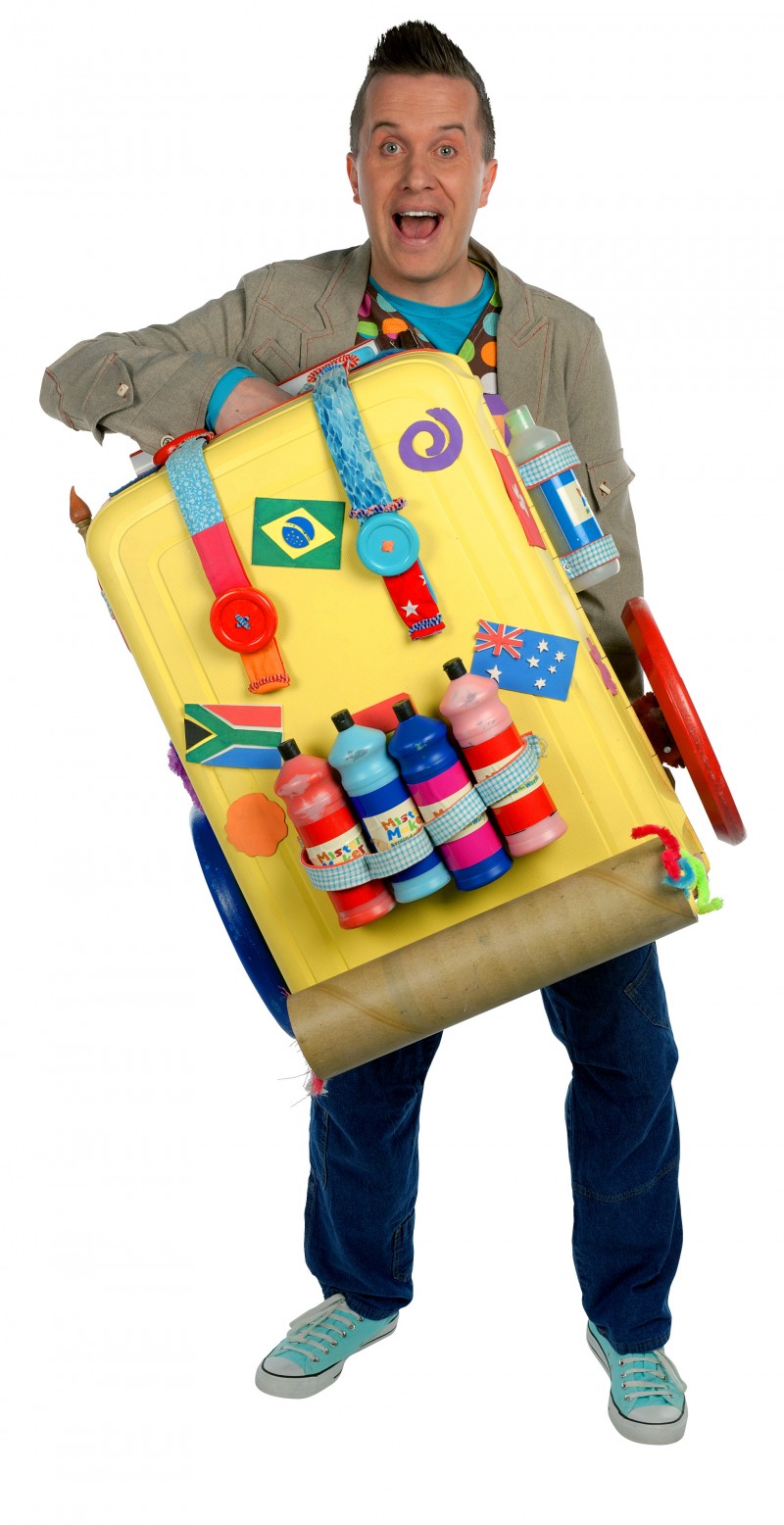 Since his television debut in 2007, Mister Maker has gained international success with his art and craft show that encourages children to create and imagine.

Mister Maker’s cheerful and zany approach to art and life is truly engaging, and the crafts he shares are both accessible and achievable for his young audience.

His live shows are also immensely popular, with their mix of singing, dancing, and fun to make crafts, as well as the nail-biting minute makes: “Can he make it, in a minute?!”

Phil Gallagher has performed many roles over the years, including “Mr Liker Biker” from Grandpa in my Pocket and various parts in children’s pantomimes and on Playhouse Disney.

“I played Aladdin once in a pantomime and I got to fly on a magic carpet, which was pretty cool,” he says.

But despite the myriad of characters he’s played, Phil says “without a doubt” Mister Maker is his dream job.

“I went through three stages of auditions before finally being handed the spotty waistcoat,” he says.

“I’m basically a big kid at heart, just like Mister Maker. I love making things and having fun. I also have the spiky hair for real!”

In addition to presenting the show, Phil gets involved behind the scenes as a writer.

“I write the scripts for the show and get really involved at the production stage,” he says.

“We have a small but very talented Mister Maker team that helps me. It’s a real team effort.”

His writing, presenting and artistic skills are impressive, but surely he must have had a spectacular crafting fail at some point?

“It ended up being a great make on TV… but when we made a tissue paper picture on a windy harbour in Hong Kong, it turned out to be more about running after tissue paper pieces than sticking them into the picture. I laughed (and ran) a lot that day,” he says.

My children want to know whether he has ever had a minute make that wasn’t completed within a minute?!

“Not yet!” he laughs. “I hope we haven’t jinxed it! During the theatre show, I set myself an even trickier time challenge – making things while singing.”

When he’s not dancing around on stage with The Shapes or raiding the doodle drawers, you’ll probably find Phil watching cricket.

“I am a huge cricket fan and will be nervously looking out for the Ashes scores when touring in Australia,” he says.

“One of Australia’s warm up matches is against my local county side Kent – and my Dad has tickets for that back in the UK.

“In January, I went to a Big Bash match at the SCG – it was amazing.”

So what can we expect from Mister Maker’s upcoming tour?

“I can’t wait to take our theatre show on tour and experience the fantastic Australian crowds,” he enthuses.

“I do know that we have a loyal and ever-growing fan base of grown-ups that enjoy watching the show – and that’s why we’ve made the theatre show lots of fun for the adults as well as the kids.” 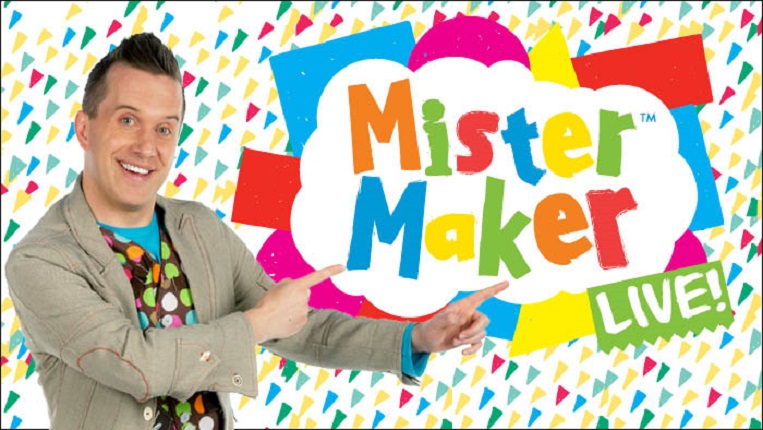 Calling all mini-makers! Below are some exciting Mister Maker crafts that you can make at home. But remember, scissors are SHARP! 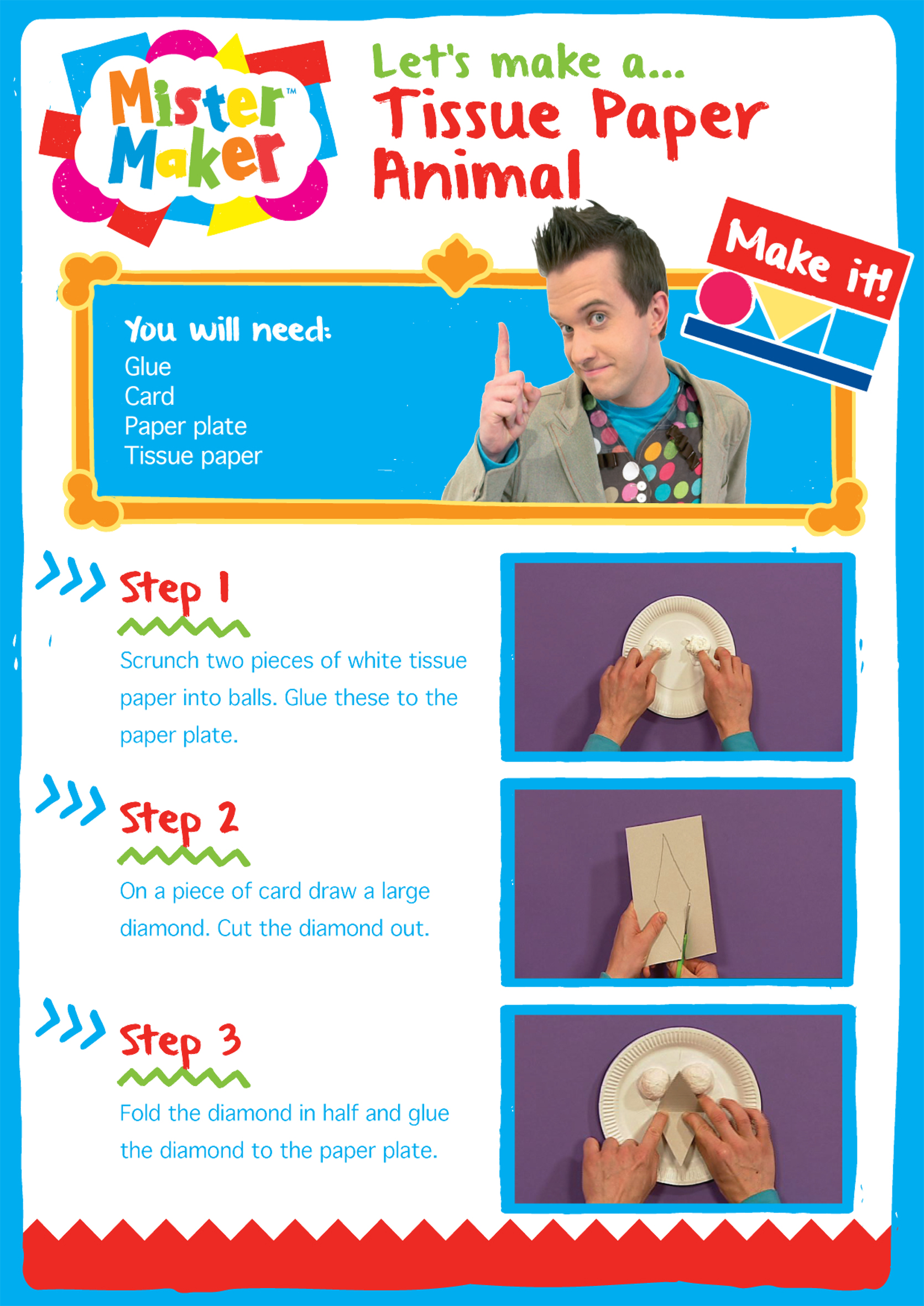 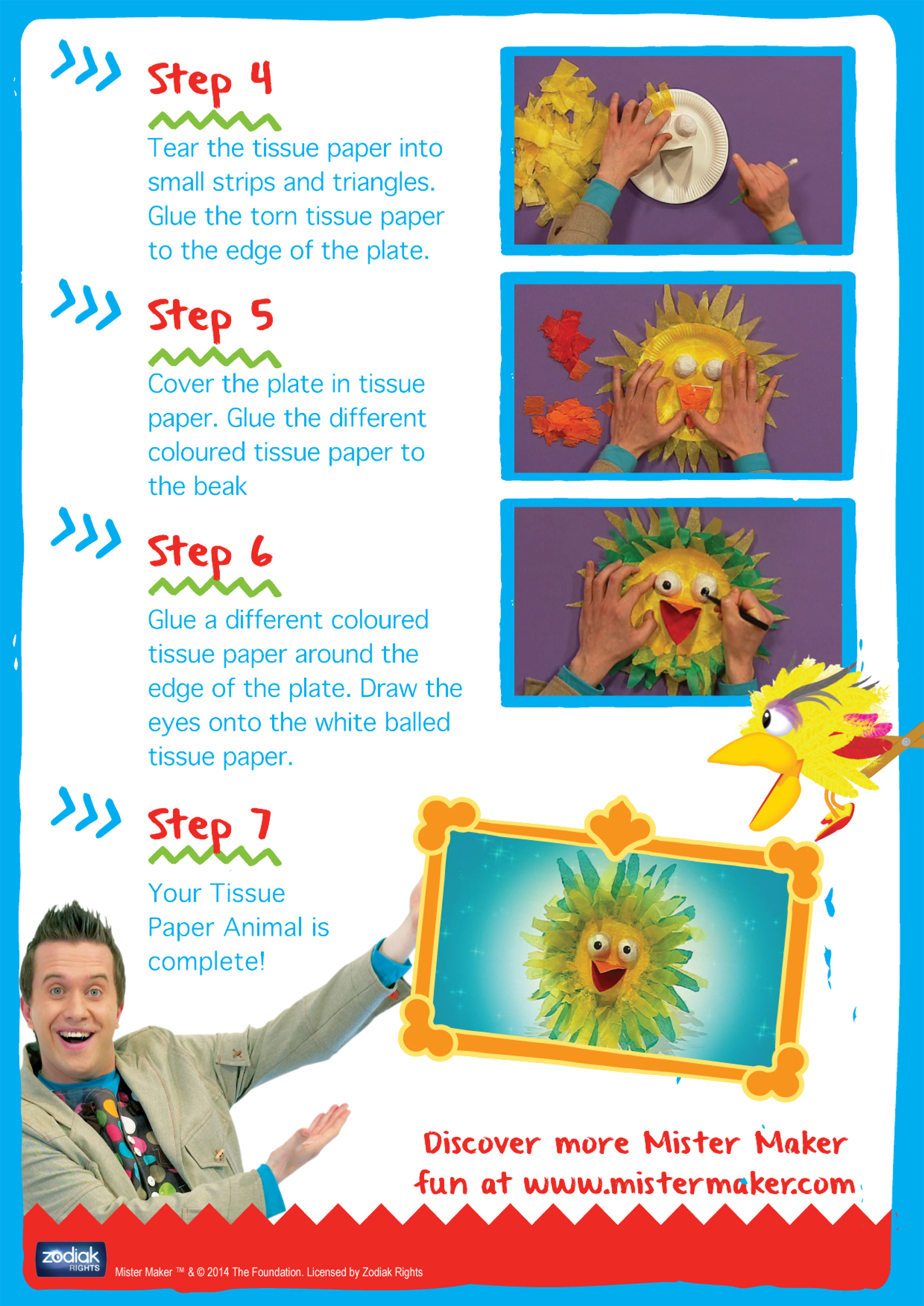 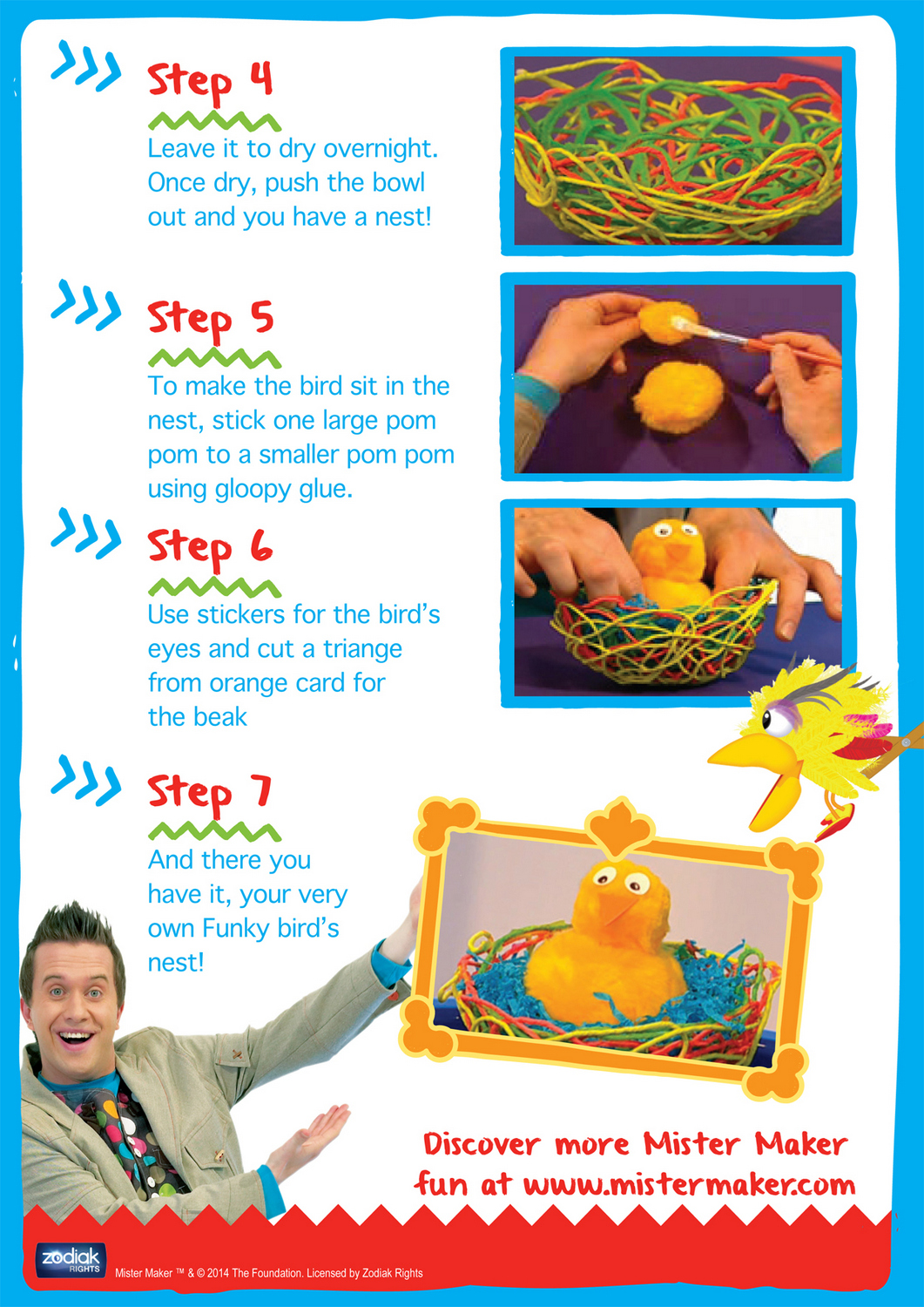 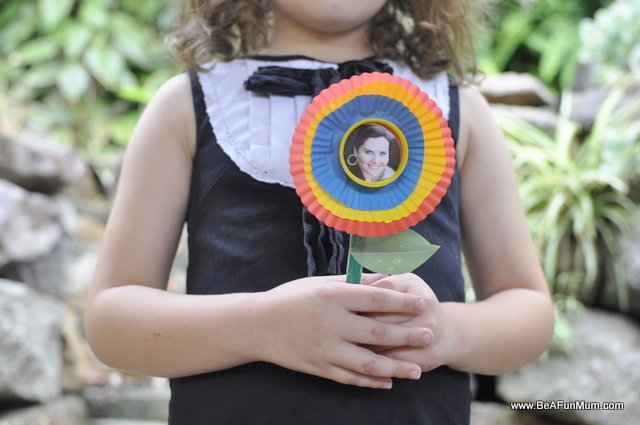