Paula Siddle met up with Dr Rob to find out all about his inspiring passion for science, his exciting new novels, and the story behind the name, The F.A.R.T. Files! 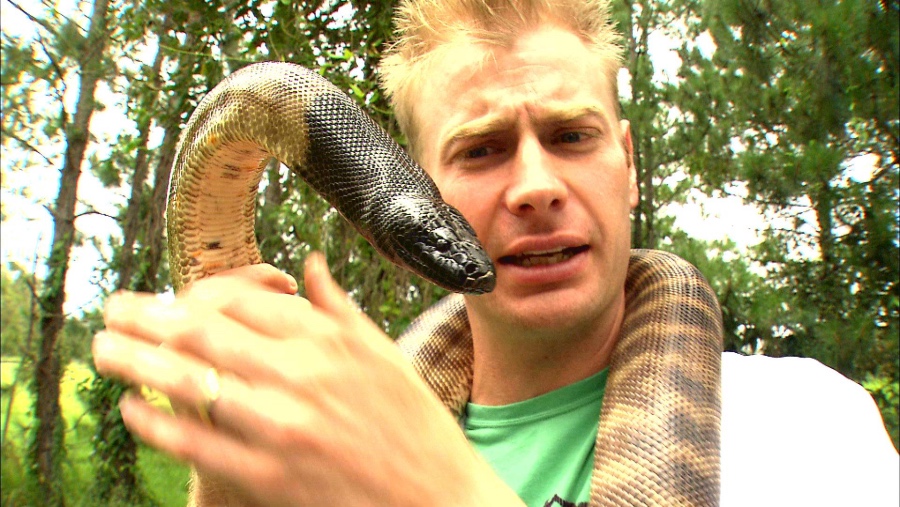 Dr Rob Bell is a dedicated and passionate scientist, having completed a PhD in Materials Chemistry, worked as a Science Education Officer for the CSIRO, and spent eleven years hosting the children’s science show Scope. So it comes as no surprise that when he was approached to write a series of books for kids, he decided to intertwine the stories with a good sprinkling of science.

“Science is everywhere and it explains everything around us, from the most trivial to the most complicated thing — from why koalas eat eucalyptus leaves to how the Earth was formed,” Dr Rob explains.

Through his series, he wanted to not only create fun and fascinating books for children to enjoy, but also to ignite kids’ interest in science. “I wanted to show that there’s fascinating science behind everyday things and get kids questioning why things happen.”

The series of books follows the adventures of a group of savvy high school kids who come together to investigate mysteries and solve crimes. Each hand-picked for their unique STEM skills, the students search for clues, crack codes, carry out experiments and use science to solve each mystery.

There are four books in the series, with the first already available in bookshops and the next instalments due to hit the shelves imminently. The debut novel introduces the four main characters, who work together to uncover the culprit behind a spate of graffiti and wilful damage at the local football club.

“In terms of role models, I didn’t want it to be another book where boys save the day. I thought it was important to have a couple of boys and a couple of girls in there leading the way,” says Dr Rob.

“They work as a team and they’re all good at different things. They all have different skills that they can bring to it, whether it be maths, chemistry, biology or tech savviness. But they’re still kids, so they still get grounded or have to do chores! They’re still relatable and in that world.”

The publisher’s initial concept was for a book of experiments, but Dr Rob’s take on it was rather unique. “I wanted to create a book where science was part of the setting, so it would have a fictional narrative but the science is real.”

He compares his idea to Horrible Histories, the TV show where viewers learn about history not through teaching but through an immersive and engaging storyline. “I wanted to do something like that, where the science is just part of the overall picture, rather than it being a lesson. So the science just pops up every now and then.”

Each book is framed around an interesting mystery to solve, for which the characters have to find evidence and investigate clues. “These characters are basically doing forensic science, and that’s littered throughout the book.”

As such, the group become known as the Forensic Amateur Research Team, accidentally creating the amusing acronym in the series’ title, The F.A.R.T. Files. “It’s good when we’ve talked about it with kids at schools, because I say what it’s called and they all think that’s hilarious. Then I explain that each letter actually stands for something, and the first one stands for a kind of science.

“I think when they’ve read one, they’ll realise that the ‘F’ part at least is science … Although I’m sure there’s some flatulence in there too!” Dr Rob laughs. 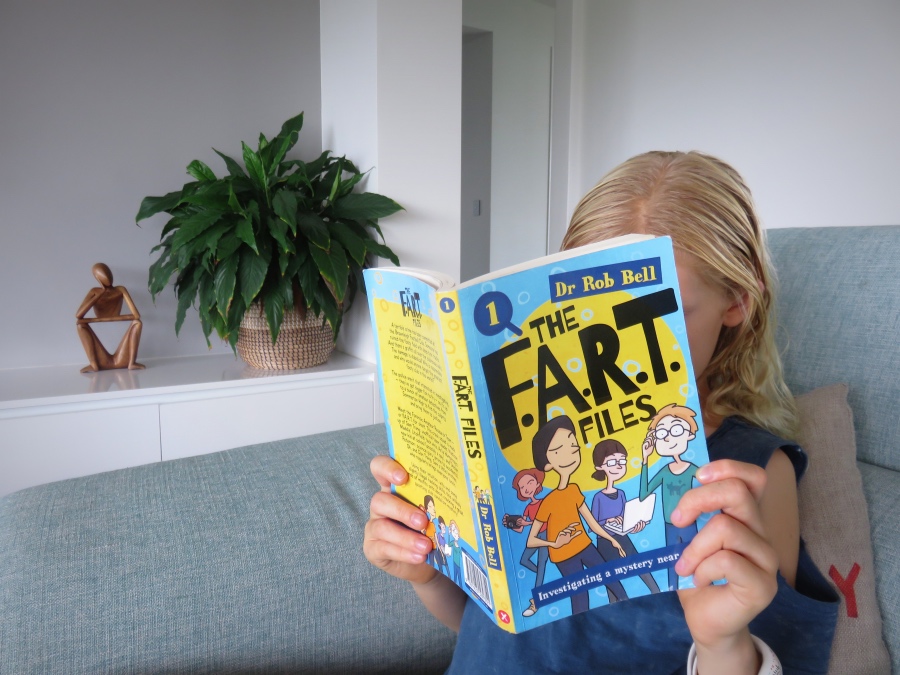 Indeed, with a title like that, readers can expect a fair helping of humour and laughs along with their serve of science. “While the characters are trying to solve this crime, there’s a lot of weird and wacky stuff that happens along the way.”

The first book is certainly very entertaining, with its fun storyline and the compelling underlying mystery that keeps readers guessing right till the very end. “There are various tangents and dead ends, so they’ll constantly be trying to work out what could have happened and what the answers might be.”

What makes this series truly unique is how it immerses the reader in interactively solving the mysteries. Instead of passively following the adventures of the characters, readers themselves can attempt the little challenges and puzzles scattered throughout. Whether it’s a coded message to crack, or evidence to decipher, it will get kids questioning and reasoning, and engaging with science without even realising it.

“There are often clues littered throughout the book and readers have to try and work them out before the answers are revealed at the end. There’re even experiments they can try at home that are similar to the ones the characters have done to work out a particular piece of evidence.

“Every book has at least one recipe in there as well,” continues Dr Rob. “There’s everything from science and maths to cooking, intertwined throughout. There are all sorts of science facts and figures as well. Why hippos do what they do, why zebras look like they do … little fun facts.”

This is science but in its most engaging form, fuelled by what Dr Rob believes is kids’ natural affinity for the subject. “They’re kind of designed to soak up information about why things happen, why things work … They really want to know about everything. And very often science can give them a lot of those answers to things that they’ve always wondered.” 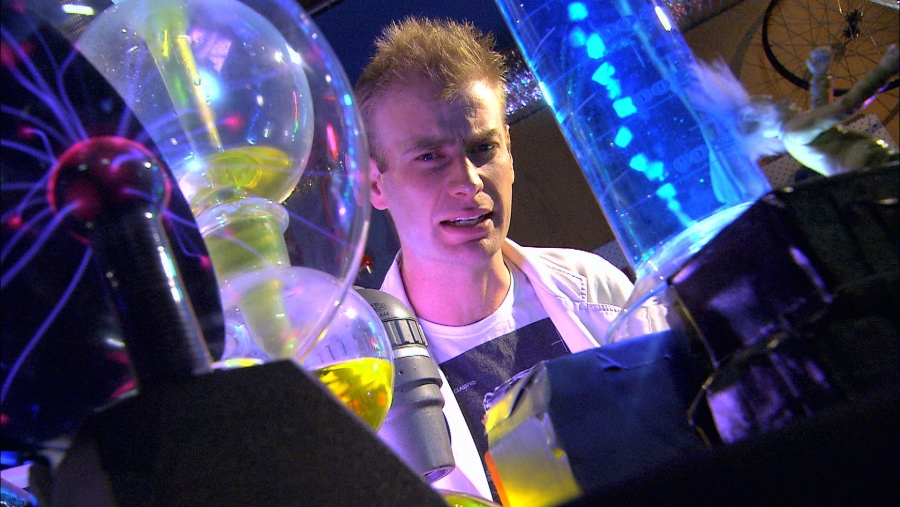 I question what ignited Dr Rob’s own interest in science. “I was always really intrigued with what made things work, whether it be what made plants grow or cars work. I grew up on a farm, so Dad was always fixing tractors or cars, and I basically fixed up my own first car from an engine we had and some wrecks. It was just that curiosity of wanting to find out; always wanting to know.”

Now with three children of his own, Dr Rob is passionate about instilling an interest in science in future generations. Through his work in science education with the CSIRO and most famously his role on the TV show Scope, he has certainly achieved that end.

With this book series, his aim was simple: “To have another way that kids might get interested in science — to combine it with literacy. Very often science and maths get put together, or science and engineering, things that are quite similar. But kids might be big readers or creative or interested in a fantasy world, and there’s not a lot out there for them. Plus every parent with kids of a certain age wants them to read books. So if those parents want them to be exposed to a bit more science, well there you go — they might not even realise that they’re reading about science but it’s in there, just with a different take on it. Plus I’ve always just liked the idea of writing a story.”

With this latest achievement ticked off a pretty impressive bucket list, I wonder what could be next for Dr Rob. Ever busy, it seems his next big idea is already underway.

“Experimentary is the other thing I’ve been doing at the same time as this series. It’s a science education resource for schools and home-schooled children.”

Linked to the school curriculum, Experimentary is described as being the science version of Mathletics. It combines audio-visual teaching aids, hands-on experiments and an online log. “I want it to be able to help schools make science interesting for the kids,” Dr Rob says.

To find out more about Dr Rob, his new science resource and book series The F.A.R.T. Files, visit his website here. You can also purchase the latest books in the series online at Booktopia.

With a background in educational publishing, Paula has been a writer and editor for over eighteen years. Since taking on her latest role of mum to two kids, she loves creating content to help families engage in fun activities, share exciting adventures and build special memories together. Paula loves travelling, reading, cooking and spending time with her family (as well as binge-watching trashy TV at the end of a busy day!).

You’re not quite reaching the mark Kelly 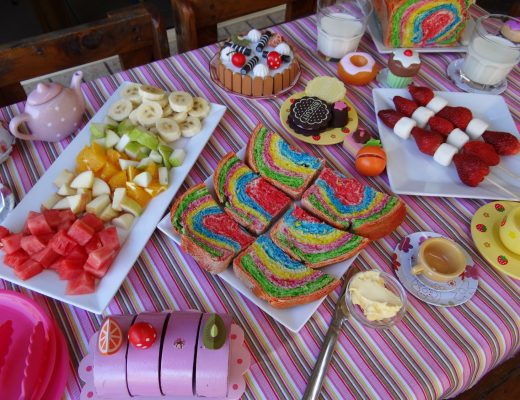 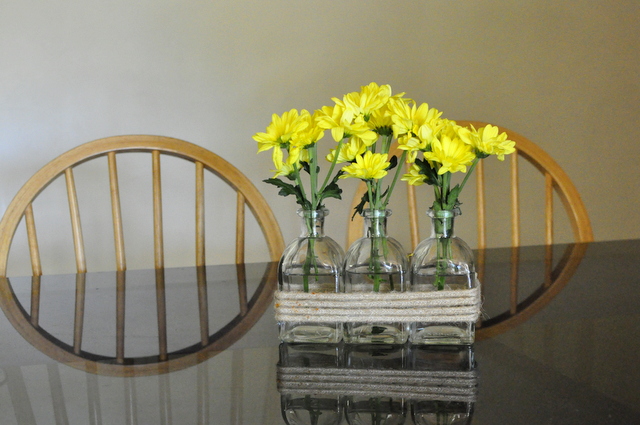