A Trip to Lesotho, Africa

I was warned.  But I didn’t really believe it…. Until I got there.  And experienced it.

{My daughter and I in the mountains of Lesotho} 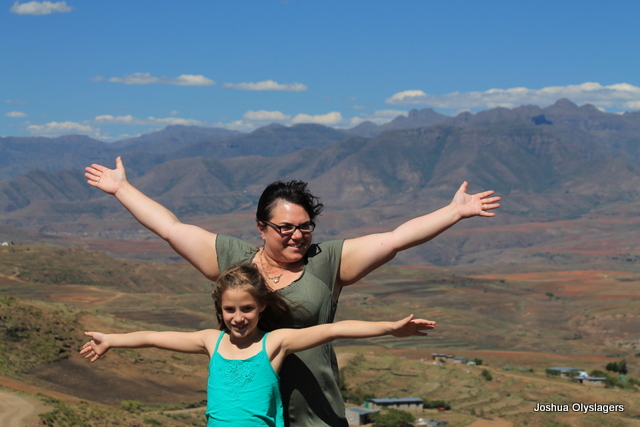 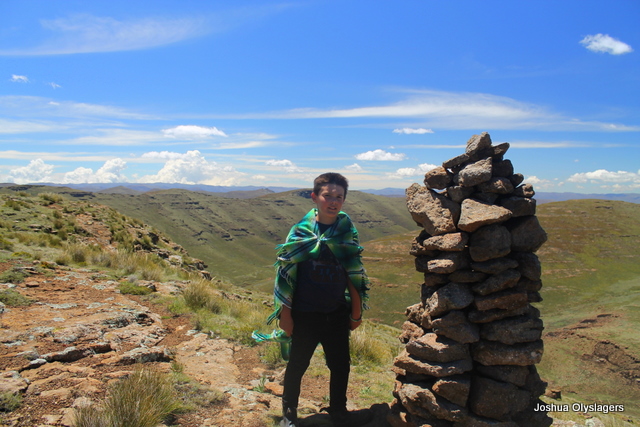 In 2008, we decided to take our children to Africa to visit my Dad, who had been there working in an orphanage since 2006 in a little landlocked country called Lesotho (pronounced Le suit who). 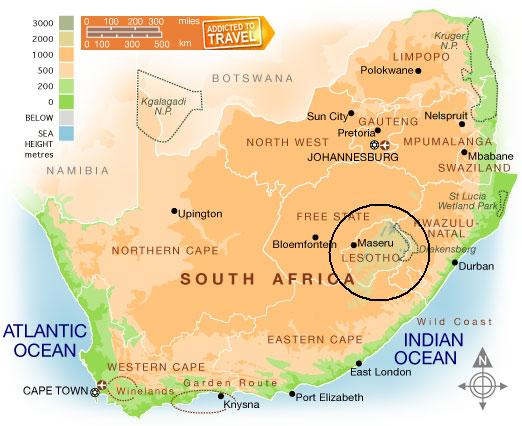 As word got around about our trip, two things happened.

We were, frankly, really surprised that people wanted to come along!  They didn’t want to plan such a trip alone and were inspired to go if someone else was leading it.   So we turned our family holiday in to a mission team and we had a focus of going around to different orphanages to do rotation-like games with the children during their school holidays.  We ended taking with us sixteen (16!) more, including a family of four. 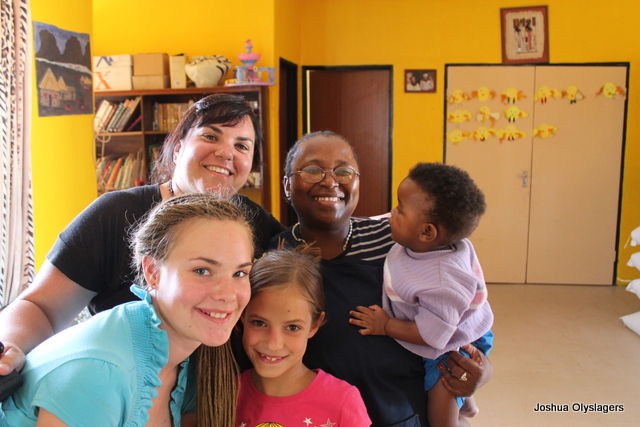 Planning for twenty one was extremely interesting, to say the least.   Questions that apply to anyone planning to visit a foreign country were multiplied.

On top of that, people thought we were crazy because AIDS is so prevalent in Africa so “why on EARTH would we be taking our children, aged from 5-9 to such a rough country?  Weren’t we afraid for their health?”  To answer those questions, I have to be blunt.  One, being worried about my children catching AIDS never occurred to me; educating myself on how the virus spreads meant I knew how to ensure our safety (read more about AIDS here). Two, we were going to be together and we were going to learn something from the culture over there.

{The Rondavels in the background are the national house in Lesotho} 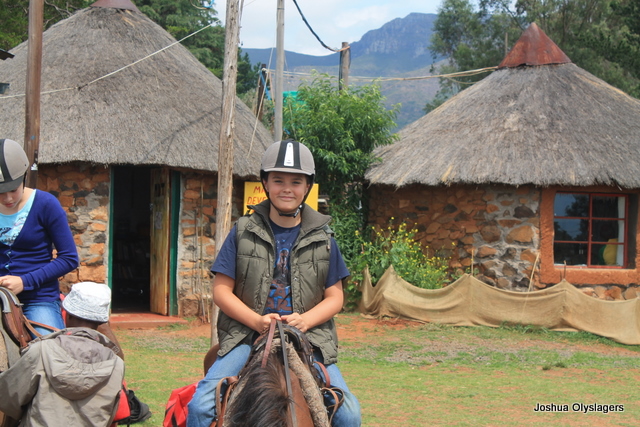 {Transport in Lesotho is (very!) casual} 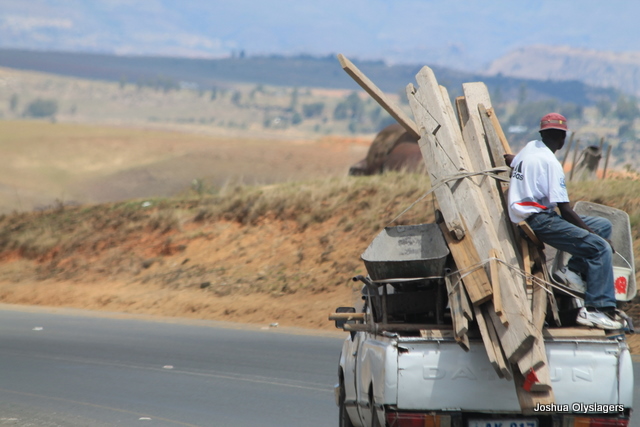 {Donkeys are also used for transport} 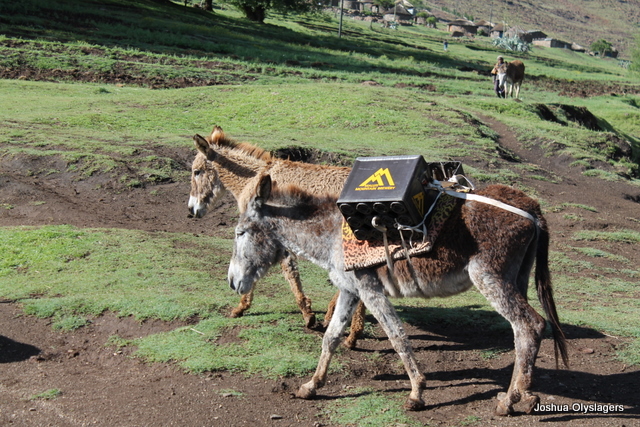 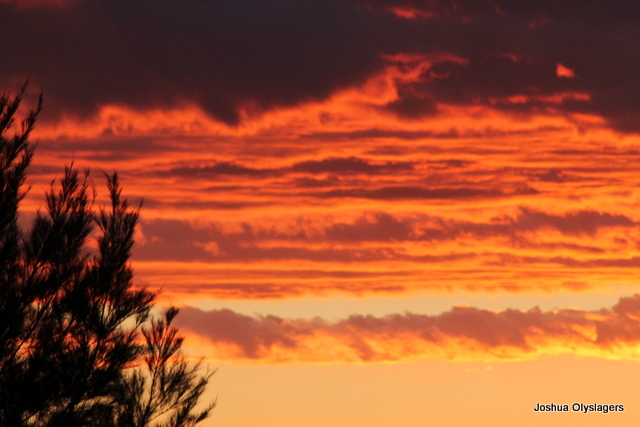 I learned two main things planning for and experiencing our first trip to Africa.

2)   It’s extremely IMPORTANT to be flexible because there is a saying in Africa that goes like this: “T.I.A”.  This Is Africa. 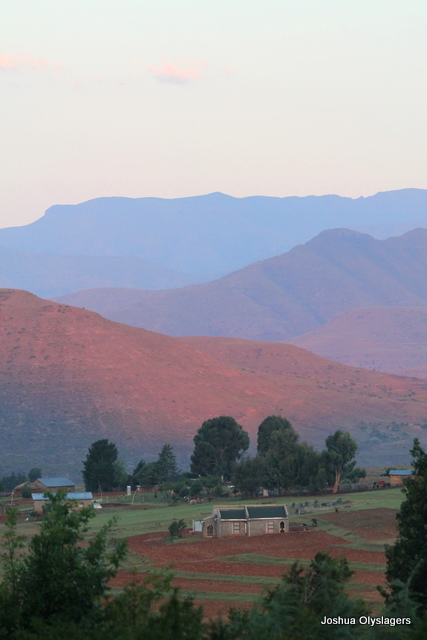 I’m not sure, reader, if you plan to take a family or twenty one people to Africa (if you are, and you have questions, just write them in the comments below). So after explaining the context above, I want to concentrate on the things I learned in my own family of five:  My husband, three children and myself.

This trip to Africa was the first time we had taken our family anywhere overseas so we were very ‘green’.  But we got some tips from a variety of people and I have compiled them into a list that I hope will be helpful to someone who may be contemplating taking their family to a foreign country.

1)    Start planning early.  If you have an idea of where you want to go, enlist a travel agent to begin looking for cheap flights for you (unless you can afford business class of course!).

2)   If possible, take extra time off work and spend a bit longer in the country and see more things.  We took 6 weeks.  Some of the people on the team regretted not taking more time at the end of the mission to experience more of the country before they went back home.

3)  Use the Internet to find accommodation and reputable touring companies.  Internet is not widely used in Lesotho, so if they ARE on the Internet, it means they cater for international tourists.  This is good to know because there are certain health and safety concerns that Australians regard important (to the extreme in my opinion) but Africans  (for example) do not!

4)  Make some international phone calls.  Talk to the hotel/backpackers lodge/motel/B&B you are staying with because they will have some ideas about what you can do and then you can investigate further if it suits you.

5)  If you are an adult, go to the doctor get some sleeping pills to take on the plane.   Cattle class is not comfortable but if you can get some sleep on the way, it will help your sanity when you get there.  NOTE!  For me personally, travelling west is easier than travelling east.

6)   On the note of doctors, go and see a travel doctor about what injections/medications you might need to take.  You need to do this fairly early because if you haven’t had any injections for a while, it can take up to three months to complete a course of Hep injections, for example.

7)   Have suitcases that your children can mostly manage themselves.  When you are tired at an international airport after flying for weeks hours, you’ll need your children to help you with the bags.

8)   Prepare your children before you go.  Personally, I lived in Papua New Guinea for a couple of years and knew a custom that would slightly disturb my children (it’s called Bung Betan – everyone prays out loud altogether).  I introduced it to the children months before we left so in the same way, if we saw/experienced anything that would be different, they would know, to some degree, how to handle it.  It took them about 1 week, practicing every day, to become comfortable with Bung Betan.  This is interesting because this correlated with what the children experienced in Africa: it would take them maybe a week of constant exposure to accept it.  This was good information for me, as a parent, so I was able to support my children through the process of being in a new country with different (very!) customs.

{My daughter had her hair braided; it took 7 hours to do!} 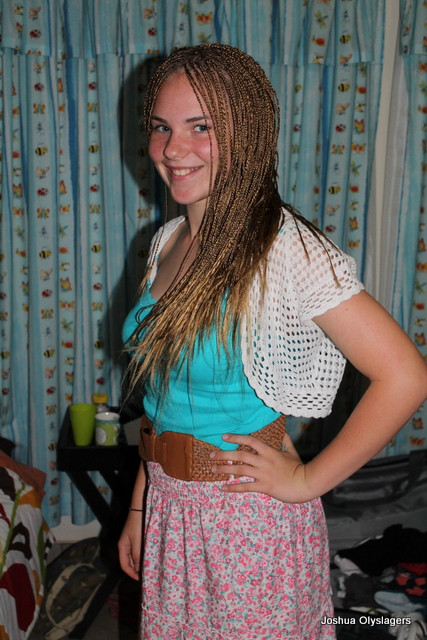 I began this post with “I was warned”.  This is the warning I received : “Africa will get in your blood and you will HAVE to return.”  I thought it was a bit of a farce until I got there and experienced it.  Then I knew I had to return.  So at the end of 2011, we packed our bags, and headed back to Africa with our children.  More about that in my next post.

{Our family in Lesotho} 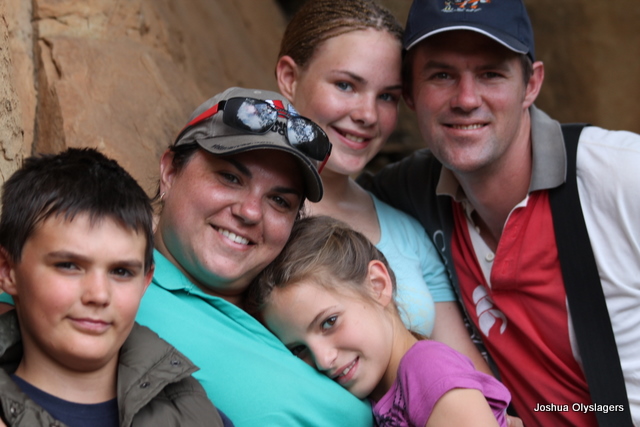 “Africa will get in your blood and you will HAVE to return.” 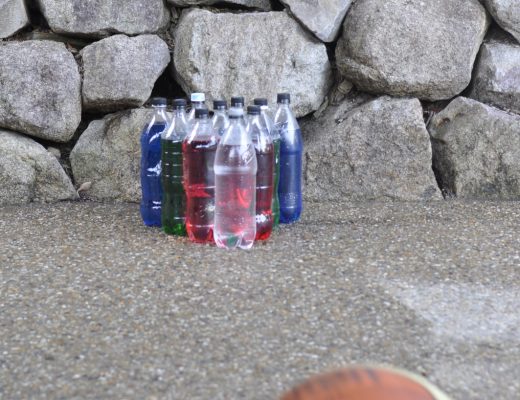 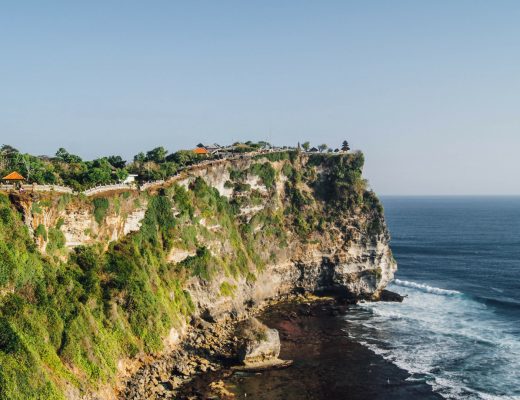 A Reality: Living in Bali