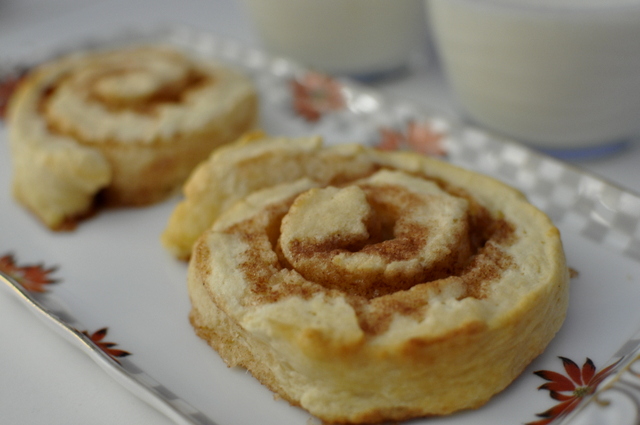 On a cool afternoon, I sometimes make a batch of cinnamon scrolls for the kids after school.  They can be ready in under 20 minutes! The recipe I use is adapted from the Thermomix Forum. I make it  with no icing (because it’s sweet enough) and converted to a non-thermomix method too.  (If you want to read my review about the Thermomix, it’s here).

3. Place flour and butter into bowl and mix for 5 sec on speed 5.  Mixture resembles fine breadcrumbs like this.

4. Place a small jug or bowl on the top of the Thermomix. Set the weight mechanism to 0 and then pour in 150 grams of milk.

5. Remove jug or bowl with milk.  Set Thermomix to locked position and knead for 1.5 minutes on interval setting

6.  While the Thermomix is kneading, gradually pour milk through the MC hole until a dough is formed. 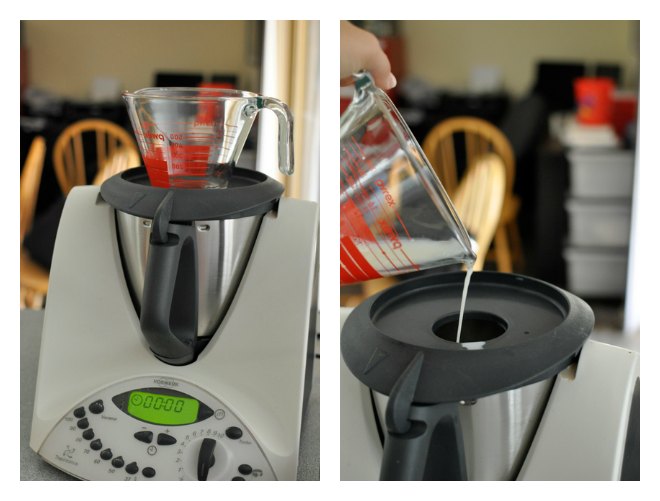 7. Remove dough from bowl onto to a lightly floured bench, ThermoMat or baking paper.

8. Knead lightly into a ball and roll out dough into a rectangle approximately 25 x 40cm and 5mm thick.  I do this pretty roughly, as you can see. 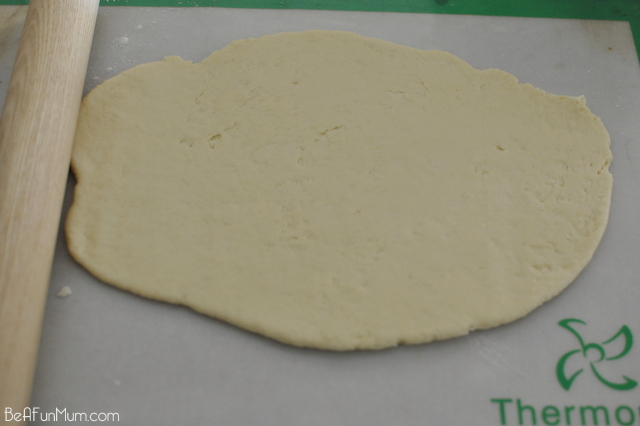 9. Place butter, sugar and cinnamon into mixing bowl.  Mix for 10 seconds on speed 4. 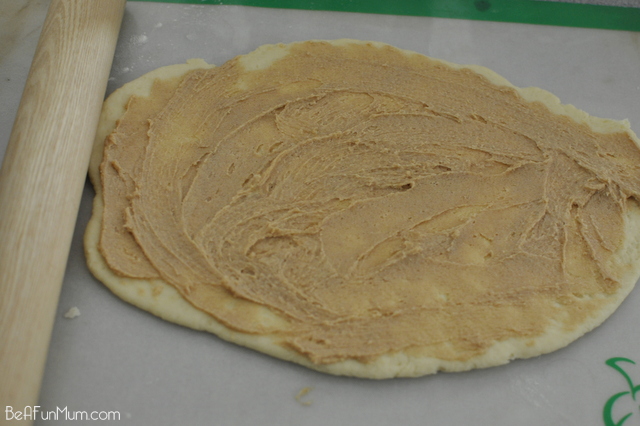 11.  Roll up dough. You can do it either form the long side or the short side of the rectangle, depending on how scroll-y you want them to be.  I like to do it from the short side which makes less larger (and more scroll-y) rolls. However, if you want smaller scrolls (and more of them) work from the longer edge. 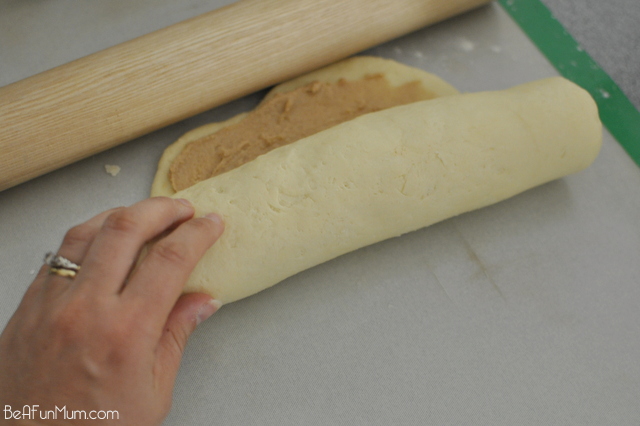 12.  Use a sharp knife to cut up rolled dough into approximately 3cm wide pieces.  Make sure this is done on a board.  I find a bread knife works well. 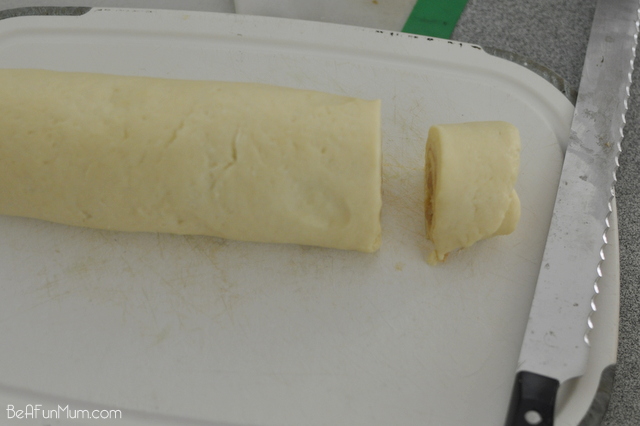 13. Place dough pieces on a tray with paper. 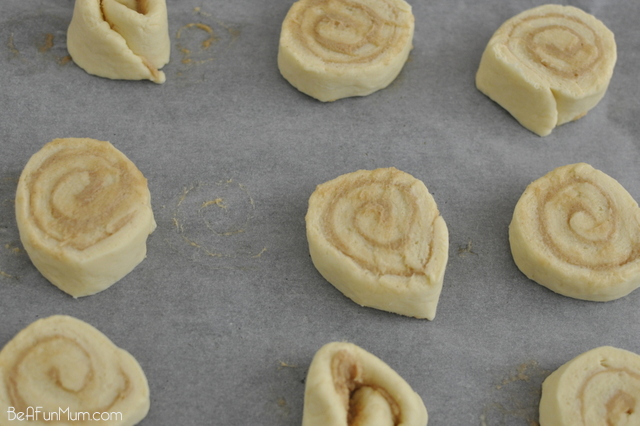 15. Remove from oven and allow to cool slightly before eating.

I don’t think they need icing: they are sweet enough – but you can see the icing ingredients here. 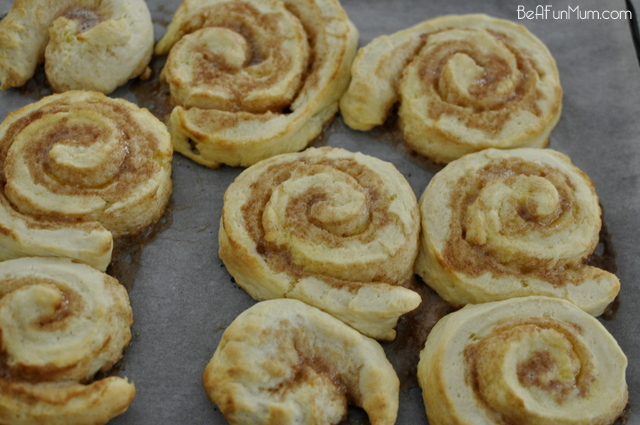 If you don’t have a Thermomix, this recipe is simple to make without one.

3. In bowl, rub together soft butter and flour with your hands until it forms a fine breadcrumb texture.

4. Make a well in the centre of flour mixture and add milk.  Use a knife or spoon to gradually mix wet and dry ingredients together until a dough forms. Add a dribble of milk if the dough is too dry.

5. Turn out dough onto a well floured bench or board and knead for about 5 minutes unit you have a soft-ish dough.

6. Roll out dough into a rectangle approximately 25 x 40cm and 5mm thick.

7. In a mixing bowl, beat all filling ingredients until creamy. 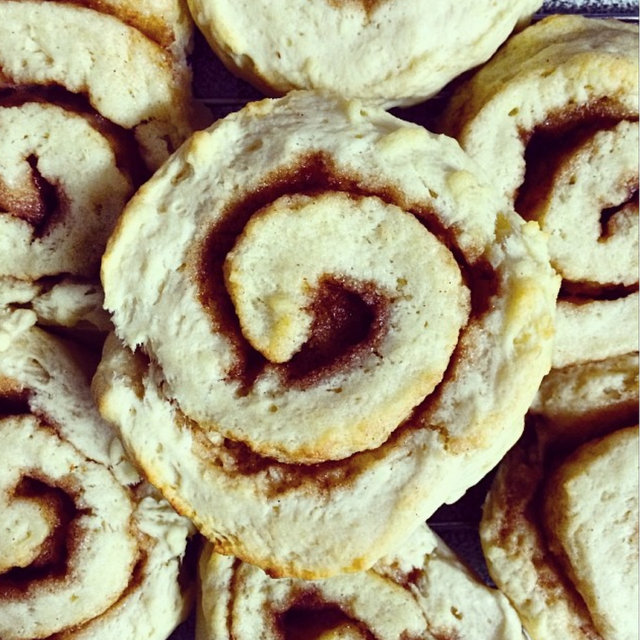 I sometimes put these in the lunch box. For freezing, I put the scrolls in a plastic container and lay a piece of baking paper in between each layer so it’s easy to remove in the morning when I’m making lunches. 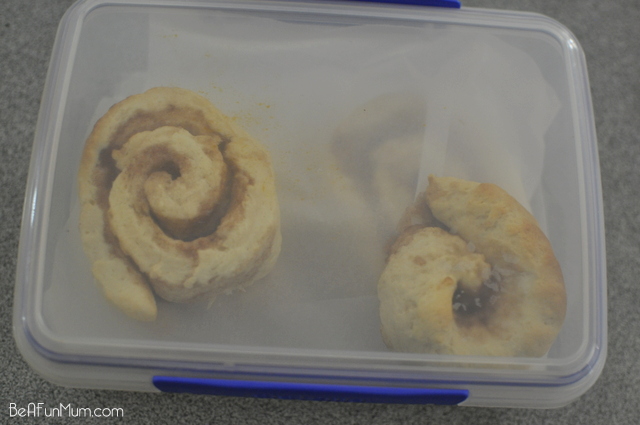 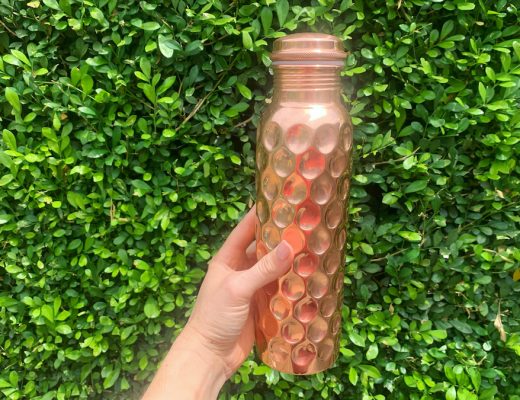 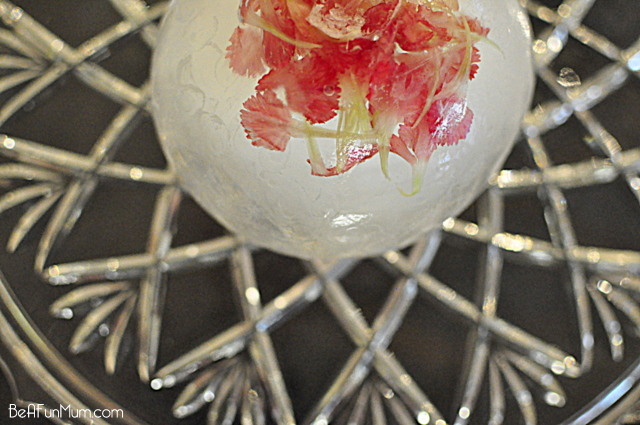