My friend Belinda from BAC Photography told me about her Lego table project she did with her boys. The process is really very simple and achievable and such a fabulous way to facilitate Lego play. She’s sharing how she put it together below. 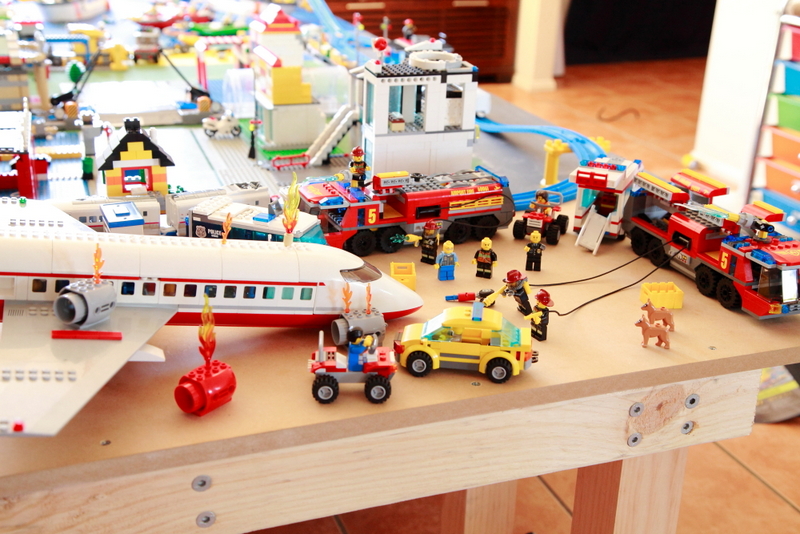 It started on their first birthday when they received a Mega Blocks truck that came with some bricks. The novelty of pushing the truck had long warn off but connecting the giant bricks went on and on.

On their 3rd birthday they received their first set of Duplo and we didn’t see them for the rest of the day.

The cycle started again on their 5th birthday when we moved into our current phase. LEGO!

Now the collections have begun in earnest, the real creations are coming out and the walking on Lego (mostly by mum and day) is in full swing!

Over the last two years we have bought a lot of new sets of Lego for our boys (as have family and friends for birthdays and Christmas) but we (my husband and I) were finding that we would build something, but would then be destroyed and part of this was because it would be on the floor and get tripped over or trodden on.

My husband then had an idea! LIGHTBULB!

We had a big sheet of plywood in the garage (waiting to be thrown out), so using this we put in to place Operation Lego City.

Source a piece of plywood – If you don’t have a piece of plywood lying around like we did, it is relatively cheap to buy from a hardware store. Just think about the size you want for the space you have (or if you want it to fit on top of an existing table).  Plywood comes in many different sizes.

Begin painting – Get the kids involved. Start with a white base coat and then anything goes. We went with a green section for around the city, blue for the ocean  and a grey strip for our airport runway! 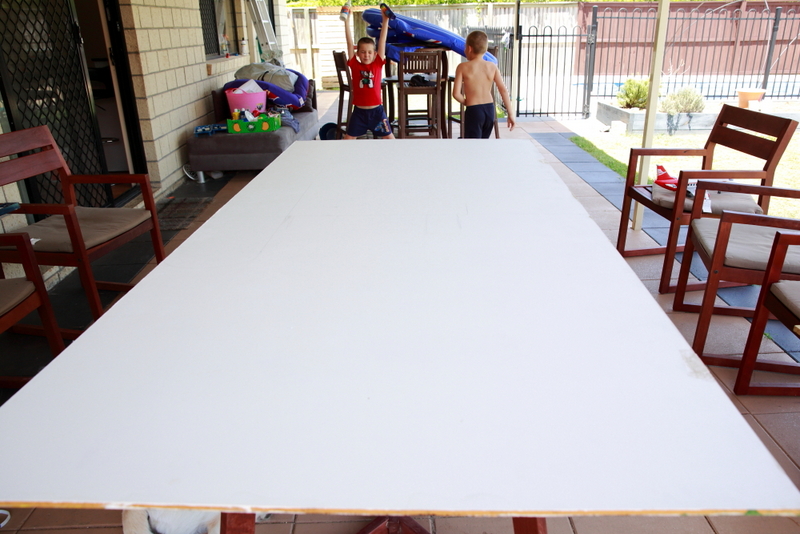 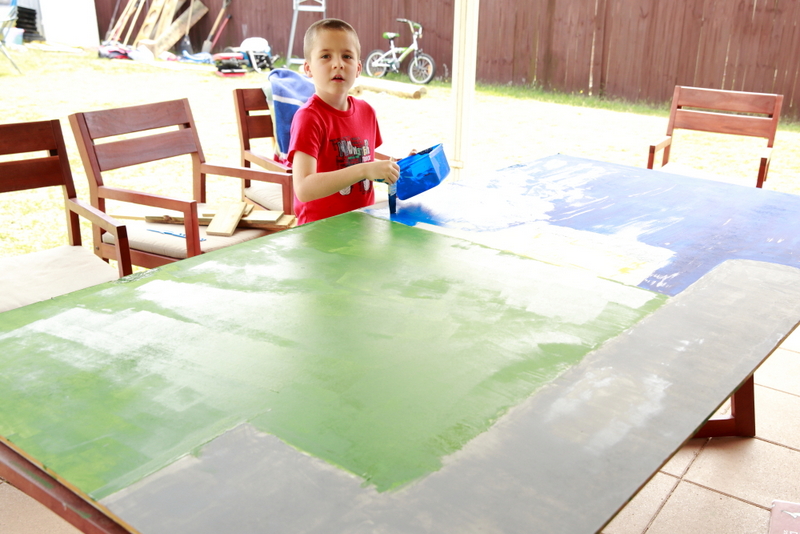 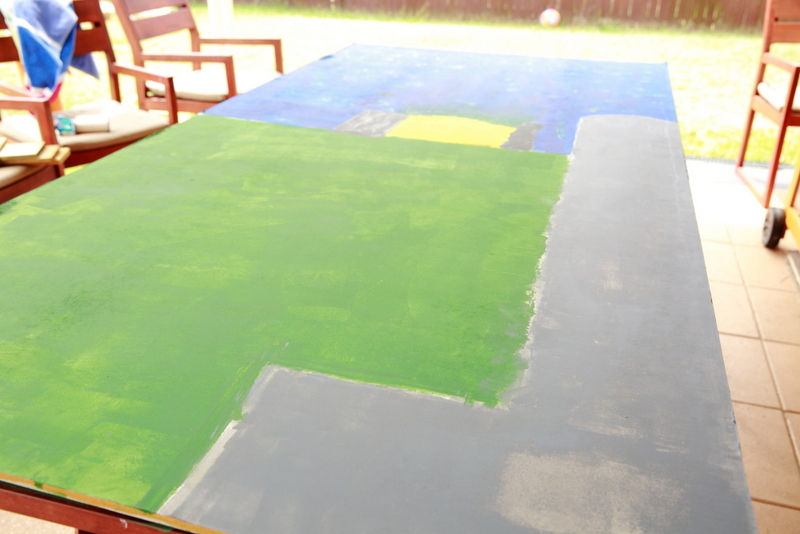 Watch paint dry – kids are terrible at this. They can’t wait  for the paint to dry so they can start placing their Lego City!

We had a lot of fun building with the boys and enjoying them play for hours! You can add to the city as you go and ebay is great for picking up second hand roads and sets too. It doesn’t even have to be all Lego, we added in a Tomy train set around the city too.

To keep the plywood off the floor, we purchased two small tables to rest it on.  We can move it around if we need to and it gives us storage underneath too (an existing coffee table could work in the same way).

Making it permanent: For a more permanent solution, the plywood can be glued down on a suitable table. For an unpainted wooden table (or sand back if required), just use PVA glue over the entire surface of the table, place the plywood over the top and rest heavy objects on top and allow to dry over night.  This can be done on other surfaces (ie. not wood) too, but a product like No More Nails would be needed. Just ask at your local hardware for some advice and they are really helpful. 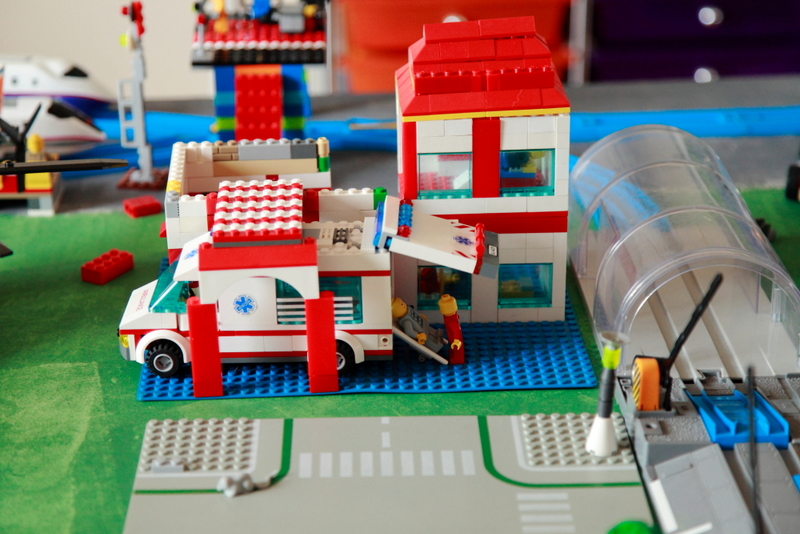 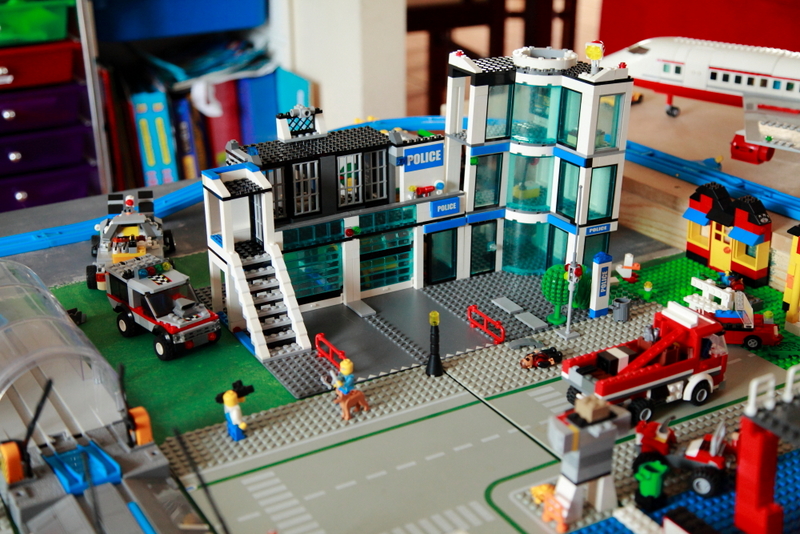 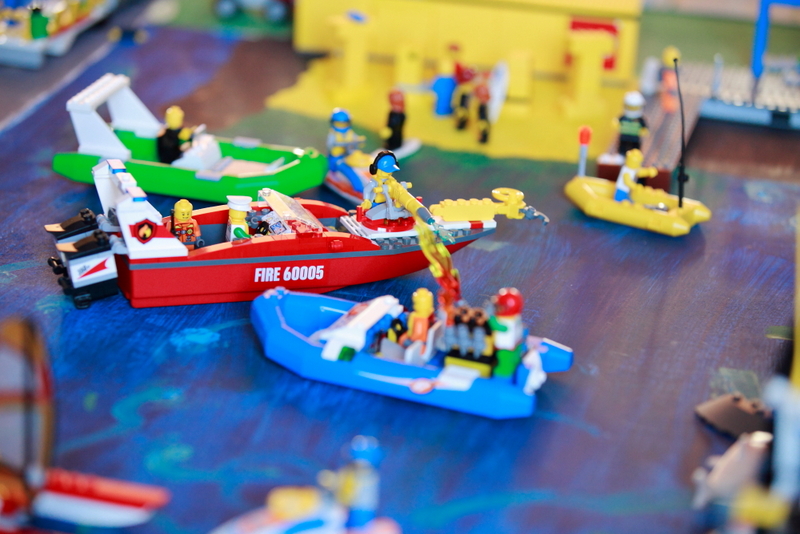 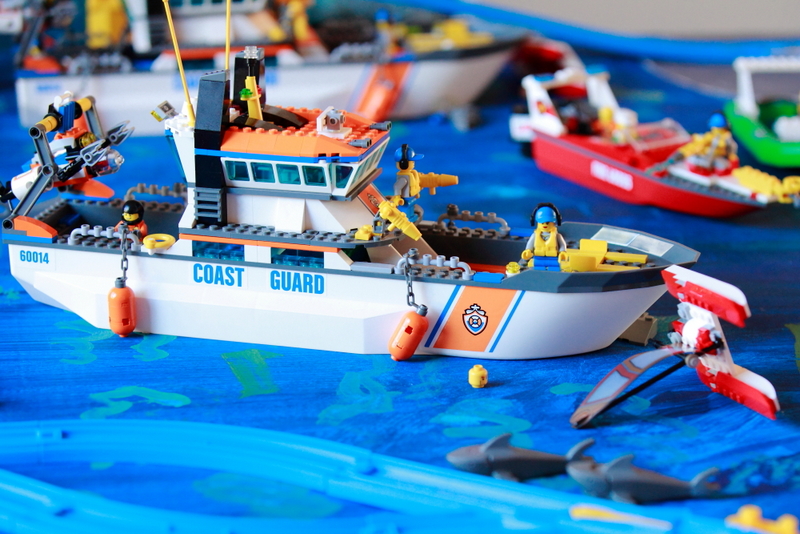 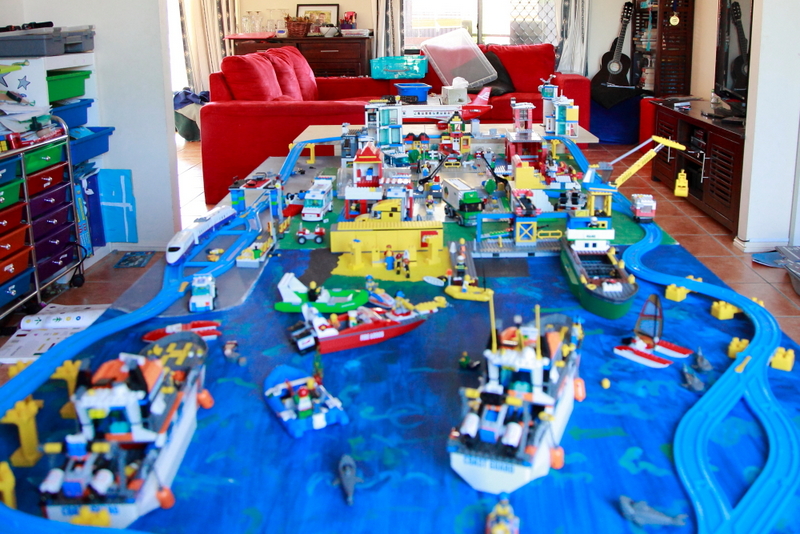 Taking the project one step further

The novelty of my boys Lego city has not warn off but to add to the fun, we decided to make a book. Our own story book!

We set up a robbery at the museum, a fire on the plane, a near miss train crash and of course a police chase around the city to catch the bad guys. My boys set up the scenes and we took the photos together, then we created a story to read along to with our images… there are so many places now were you can order up these digital photo albums and the kids can be involved in the process the whole way!

Not only do my boys love their Lego City, but they take care of it and the creations they have built far better than before we had a table to store it on. They are protective of it when friends come around and keep it cleaner than their bedroom. We are adding new things all the time and they boys are already planning for the new Lego they have asked Santa for.

Although the table is big and does take up a lot of room, they are only young once and tomorrow they will be grown up and out on their own and I’ll be left reminiscing about all the Lego I have stepped on over the years in an empty toy room. 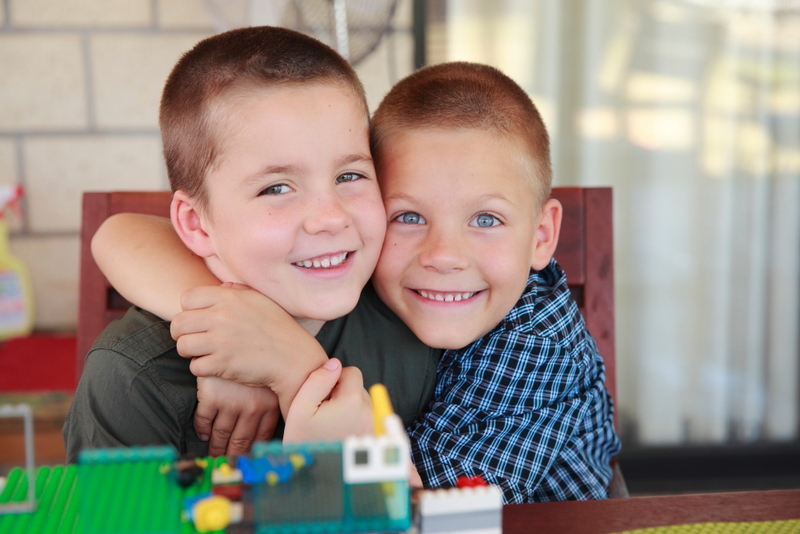 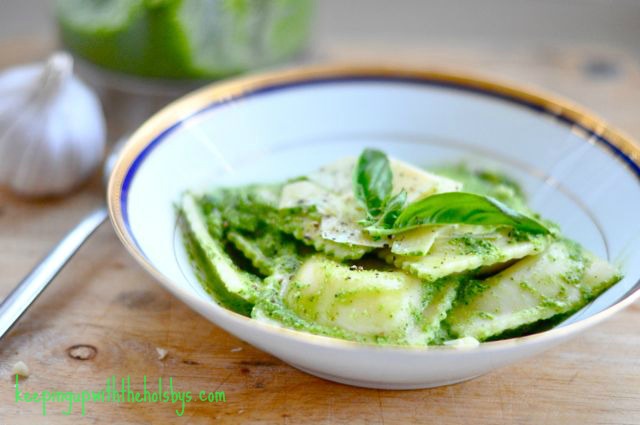 Easy Green Vegetable and Basil Pesto: Dinner for the whole family in 10 minutes 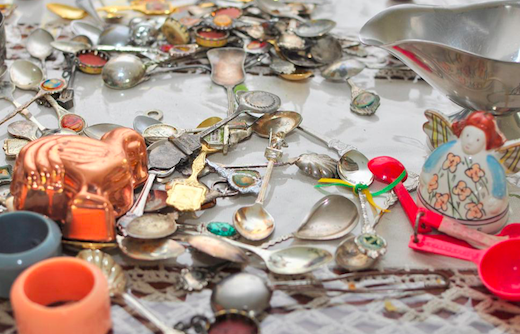 A Fairy’s Home or a Pirate’s Trap: Mobile Craft