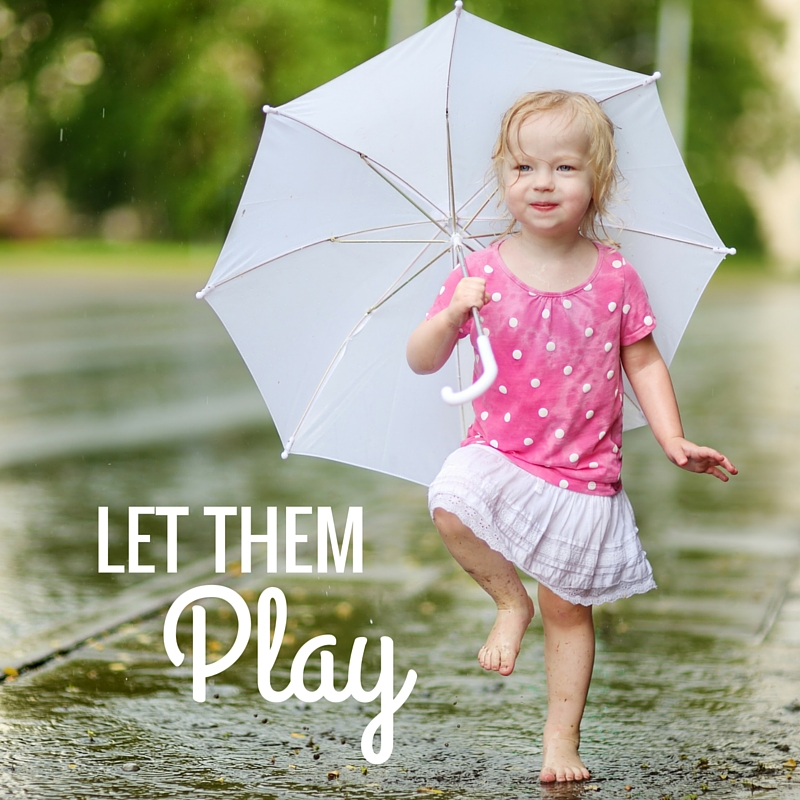 Much-loved and well-respected child development and parenting expert Maggie Dent recently published an eBook of advice from experts and parents on important things parents should know about raising pre-school aged children. The eBook “Tips from the Professionals for Parents of Pre-Schoolers” was inspired by a Facebook post published on Maggie’s page on 24 August 2015, which asked what three tips experts had for parents. My comment on this post was “Let them play, let them play, let them play”. I was thrilled to received over 100 ‘likes’ on this comment, as it demonstrated that others also shared my philosophy that kids should be allowed to be kids. Indeed their primary occupation is play, and we occupational therapists use play to develop and build on other life skills. It’s hugely important that kids be allowed to play.

Children learn through play, and as they mature, the way in which they play will change. Early on, play can be perceived as being seemingly basic, but babies are learning so much when they push a ball, shake a rattle, or scrunch a piece of paper. They are learning to differentiate between sounds, discriminate between objects, discover texture, and are honing their depth perception skills. For toddlers, play becomes more social. It can look awkward and pretty hilarious at times, but it’s through the poking, prodding, pushing and tug-of-war that kids learn about personal space, empathy, the importance of sharing, and the warmth of a hug between friends.

As children grow their personalities, interests, likes and dislikes change. The way in which they play will be shaped by those they play with, the toys they are given, how they see other’s play, and exposure to television and other forms of media. They also draw from their own inherent wants and needs. Sometimes there can arise a conflict between how kids want to play and how their parents want them to play. For example, some parents can’t stand the idea of guns, but their five year old will turn anything from their hairbrush to a banana into a weapon.  Some parents are adamant their daughter will be open-minded and enjoy trucks and Barbies alike, but will feel they’ve failed when their eight year old is exclusively Barbie mad!

I’m here to tell you – Let them play. Let them play in whatever way they like and with anything that interests them, as long as it is safe for them and those around them. Safe play means mitigating the risk of physical and emotional harm to themselves and those around them. Physical risk can come from sudden trauma, like cuts and bruises (or worse!). Or it can be the longer effects of too much sedentary activity e.g obesity or musculoskeletal pain. Emotional risk can be caused by things that cause your child to be overly fearful or sad, or negatively affected in any way.  You know your child best, and while there are guidelines around age appropriateness for different toys and activities, you also need to weigh up your child’s readiness for different activities, maturity and physical skills and abilities.

Respect your child’s hobbies and interests. They may like things that other kids don’t, and that’s OK.

It’s easy for parents (us mums especially) to feel guilty about the choices we, and our children make about how, where, and with what they play. If they are inside, we stress about getting them outside into fresh air. If they are outside, we worry about keeping them out of the burning sun.

If you’re not sure if a game or activity is a good choice for your child, think to yourself:

This can be graphically represented as a flow chart: 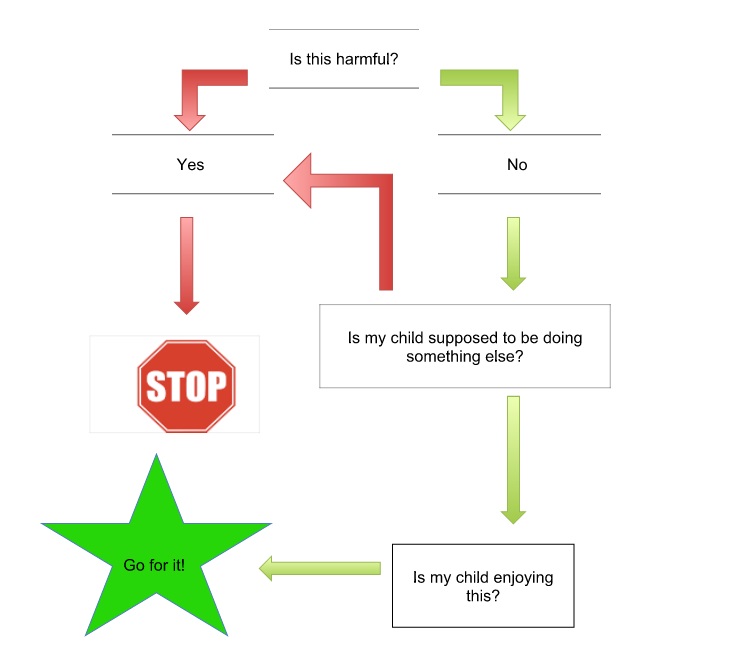 Notice in the flow chart, there is no “Is this educational”, or “is this teaching my child something” option? That is because in every play experience there is so much to learn!  They are learning and exploring and discovering in everything they do.

It sometimes seems hard to find the balance, but we are destined for as long as our children are under our care, to strive for it. When you’re ever wondering if you’ve got it right, look at your kids. If they are happy and healthy, then you are doing an awesome job. Nice work 😀

If you’re ever concerned about how your child plays, or feel their interests are too repetitive and restrictive, contact an Occupational Therapist for advice. 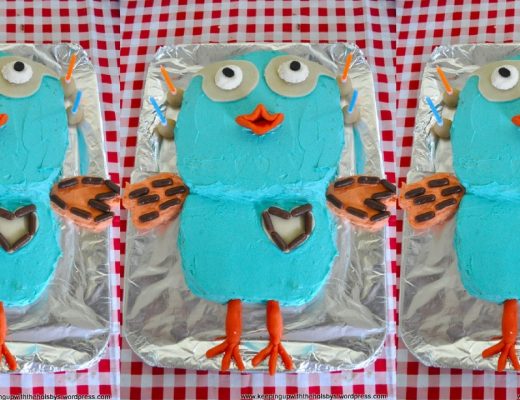 Give a Hoot! How to Make a Giggle and Hoot Cake 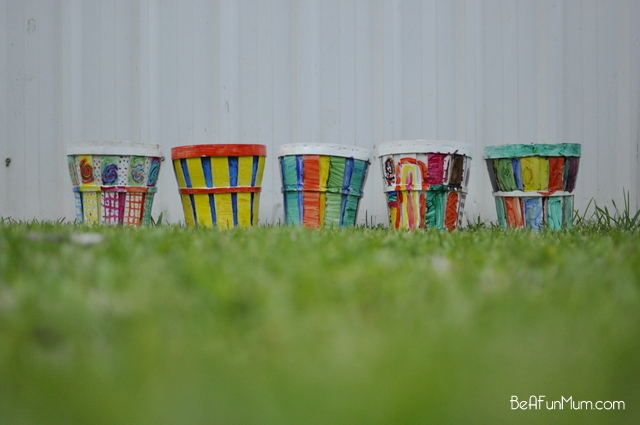 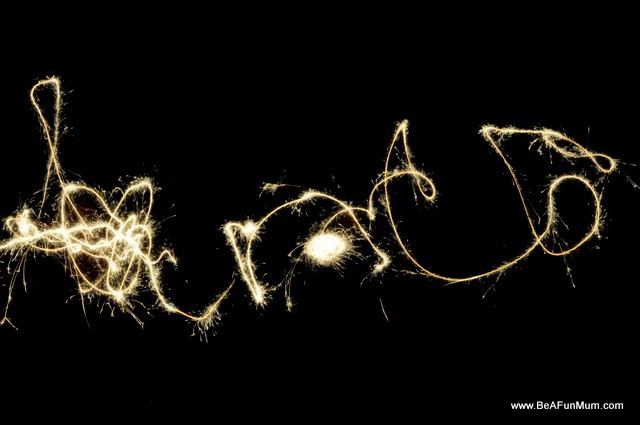 Sparklers for the First Day of Winter