From Animalia to the Moopaloop – Graeme Base’s new creation

It’s been 30 years since Australian Author Graeme Base wrote and illustrated the award-winning Animalia, one of the most successful children’s alphabet picture books of all time. 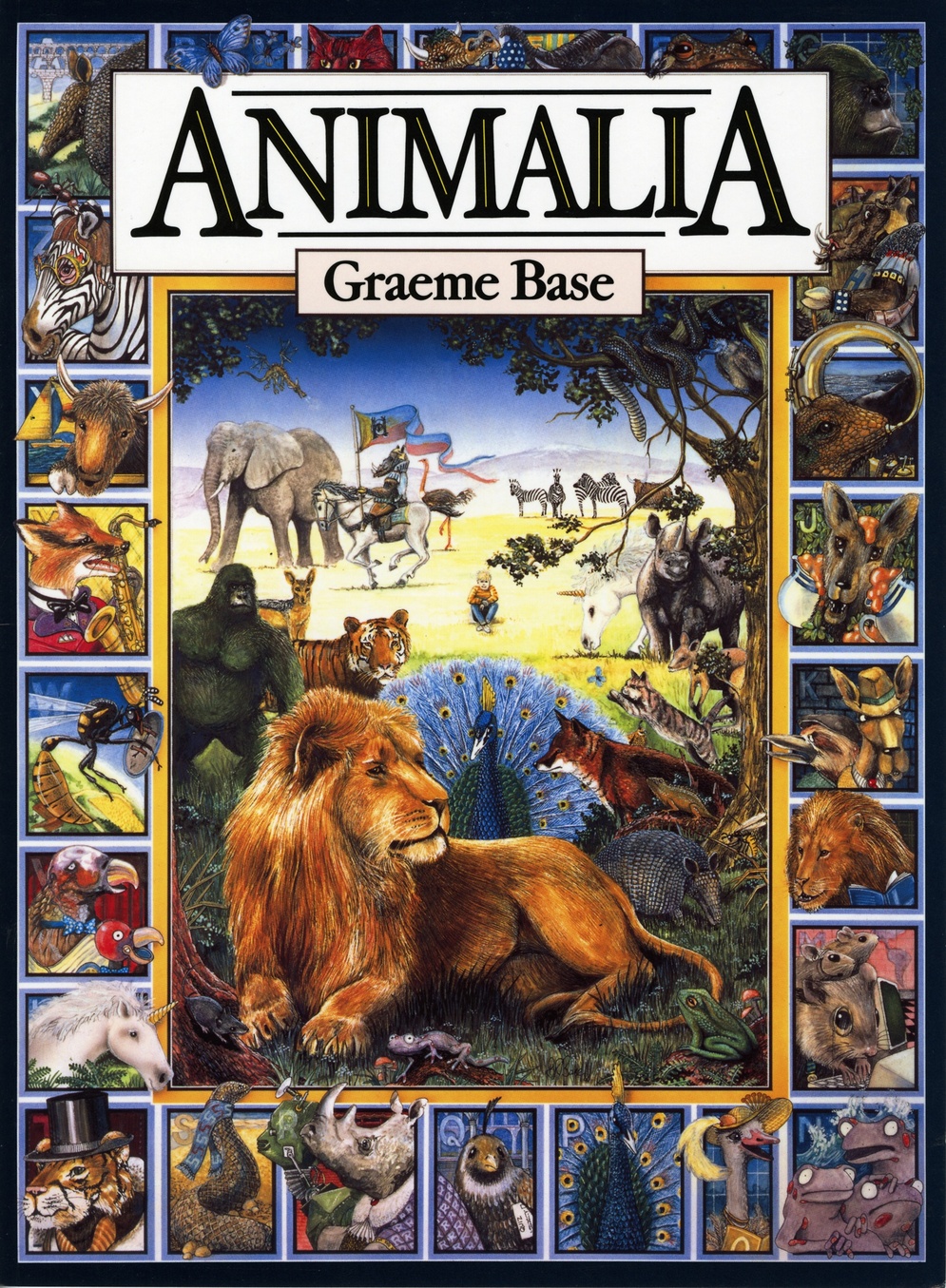 Still loved by children the world over, and with more than three million copies sold, I asked Graeme for his thoughts on why Animalia has been so successful with children across generations.

“It does makes you think – why did that book, another English language alphabet book, not exactly an original idea, resonate so much?” Graeme asks rhetorically.

“I think it’s because I never targeted it at anybody in particular,” he answers. “It was a book that I did as a young artist… I wanted to illustrate everything in the world and so I organised it alphabetically.”

“But it never talked down to kids and it wasn’t trying to be clever and talk only to adults,” he adds. “It was just incredibly honest and genuine as an artist’s expression and I expect that’s what’s given it legs over the decades.”

Graeme has approached the many books that he has written since Animalia with the same style and philosophy. Known for his intricate and detailed drawings, often of animals and nature, coupled with hidden riddles and puzzles, Graeme’s books deliberately convey several layers of meaning. 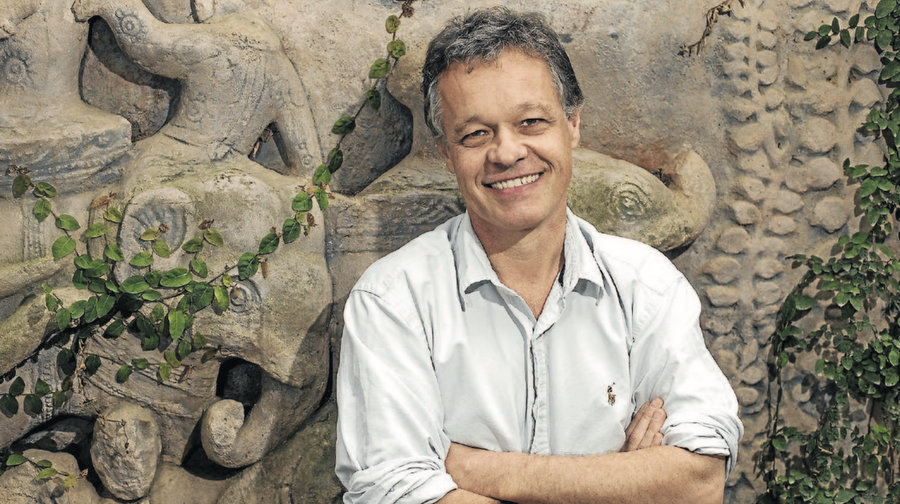 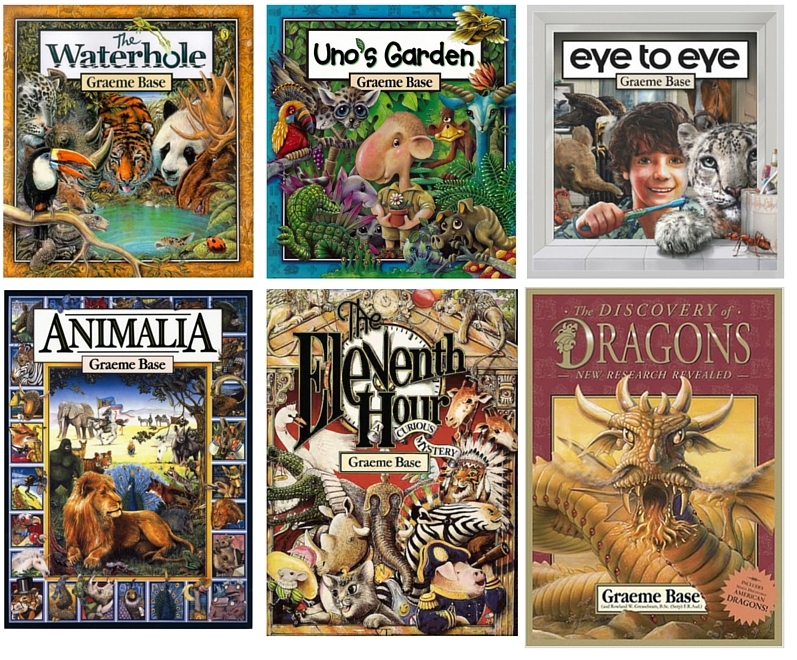 A few of the many Graeme Base books

“My books are not directed at a particular age group, subject or target audience,” Graeme explains.

“For example, a young child will look at my book The Waterhole and will only see animals and maybe count from one to ten. The older brother or sister will begin to look for the hidden animals and the other number games. Whereas the parents will understand the metaphor about the waterhole representing the environment as a whole.”

The incredible success of Graeme’s books have spawned television series, toys and even an opera. The latest spin off is an app – The Magical Moopaloop Tree game – which draws on one of the central characters from Uno’s Garden, and promises to bring the genius of Graeme’s artistry to screens everywhere.

The family friendly app will see parents and children working together to grow a magical tree, nurturing the Moopaloops that live in it and trying to hatch all the breeds.  The app is a collaboration with gaming developer and enthusiast Maurice Wheeler and will feature Graeme’s illustrations and creative input.

To develop the app, Graeme and Maurice have launched a fan-funded Kickstarter campaign, during which they hope to raise $85,000 to bring their new project to fruition. 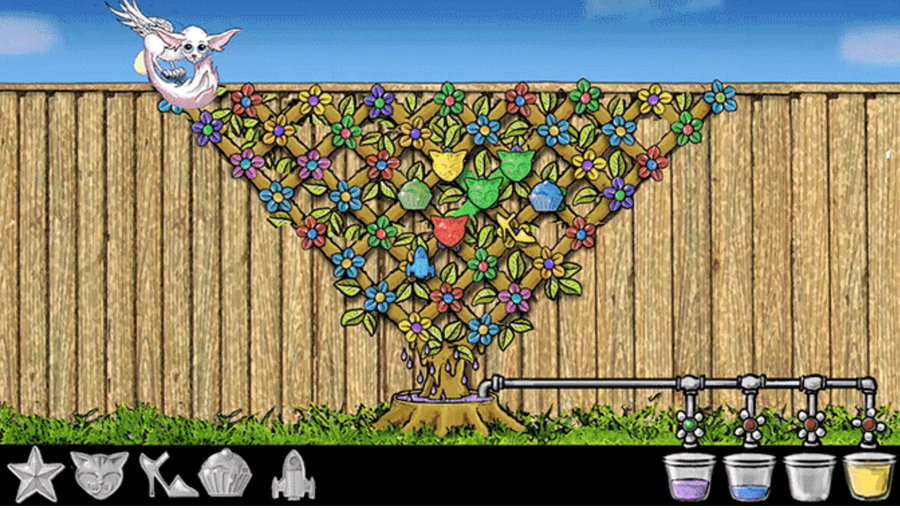 The campaign offers Kickstarter rewards for those who donate, ranging from social media shout-outs, stickers, postcards and colouring books to limited edition prints, personalised poetry, personally signed books, your very own Moopaloop and even a personal book reading with Graeme. The first 100 backers also get to download the app for free when it launches.

Like all of Graeme’s works, the Magical Moopaloop Tree offers different attractions for different ages, and is themed around the cycle of nurturing.

“For kids that can’t have a real pet, this gives them something they can focus on, nurture and grow and; something to remember to feed, look after and respond to,” Graeme says.

“I thought the moopaloop would be a good character. It’s pretty darn cute. It’s like a hybrid between a weevil and a snow leopard cub. It’s my favourite character from Uno’s Garden and I think there’s a lot of kids who will enjoy discovering that there are all these different types – spotted, striped, crested. I’ve even got an idea for an all-black stealth moopaloop!”

Graeme says the other value of the game is that it’s asynchronous, requiring players to work together, but not necessarily at the same time.

“There’s a lot of parents who are probably working longer hours than ever, and they still want to connect with their kids and they’re looking for quality stuff that they could share – this is a game that everyone can play but at different times,” he explains.

“So a kid might get home from school and play, mum might do it on the train on the way to work, or Dad when he’s boiling the kettle… everyone in the family can hop on the game, and move it forward towards a common goal.”

And while it may seem surprising for an author to embrace gaming, Graeme recognises that screens are not going away anytime soon.

“The digital world is here to stay and I am interested in delving into it… But books are going to be around for a long time yet because they’re still a fantastic interface,” he assures us.

“Pages that you can flick backwards and forwards, the tactility, the whole smell and sense of books – I love that. And while so many things have moved onto screens, picture books haven’t nearly so much. I think people still sense that innate attraction and value of a real and actual object when it comes to kids.”

Graeme’s next book, to be released in 2017, is about a child having to face their fears, rather than hide away, with the fears symbolically taking the form of monsters.

“Using animal characters, as proxies for real people, are a mechanism to tell any number of stories with meanings or messages or morals,” Graeme says.

“There’s an in built charm and interest because the characters are non-human. It gives you license to include some fairly serious messages, without it becoming heavy and wordy.”

Graeme is a regular traveler, and he draws inspiration from the creatures he encounters in his explorations around the world.

“I get inspired always when I travel,” he enthuses. “The last trip that was hugely inspirational for me was a trip down to Antarctica from the South American coast. That’s where the idea for my book Eye to Eye originated.”

“We were travelling down the Antarctic Peninsula, a little out to sea on a very calm day and the captain said there were killer whales in the area. He gave us permission to go out on the zodiac landing craft and while we were out there, there were between 30 and 40 killer whales circling around. At one point, one of them came right up, so close that literally I could have reached out and touched it. It was right up next to our boat. And as it cruised past us, dead slow, it rolled to one side so that its eye was out of the water and it was just looking at us.”

“Its eye was the size of a cantaloupe and it was just checking us out. It was this amazing eye to eye moment, and I thought – that’s the name of a book. I’m going to do a book about eye to eye close encounters with animals!”

Although inspiration may strike anywhere, it’s in his home studio in Melbourne where the magic happens. And Graeme keeps one thing in mind when he’s creating a new book.

“My perfect image is of perhaps a small child sitting on a parent’s lap, both reading, but also another child looking over the parent’s shoulder and getting something else out of the book again. I love books that offer something to different age groups, or to the one person as they grow.

“If a parent is genuinely enjoying reading a book, the child senses that. That engenders a love of reading, a sense of doing it together, and that is so valuable.” 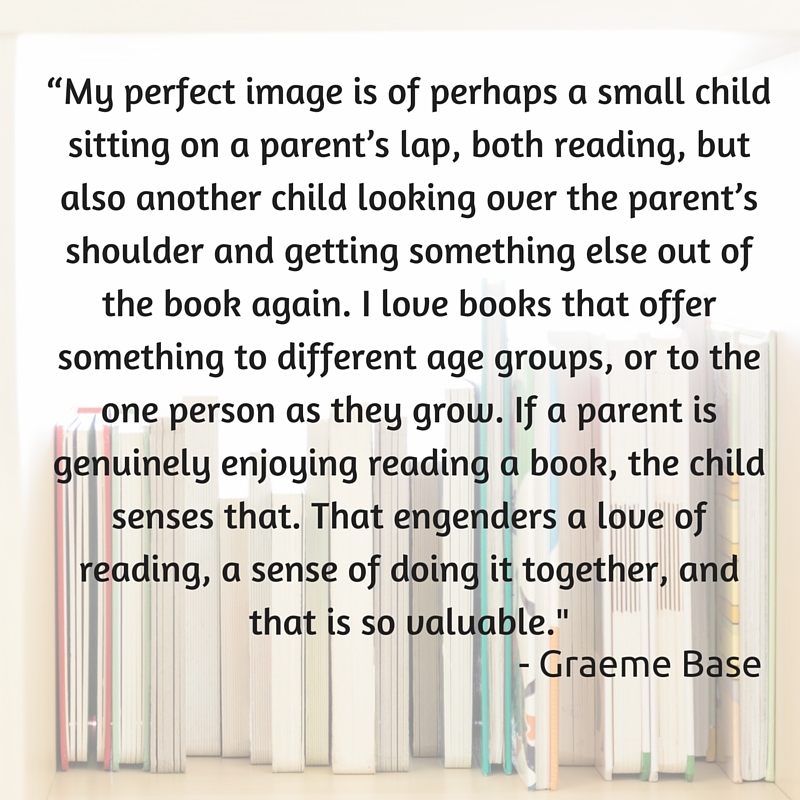 You Are Sooooo Beautiful: Book Giveaway 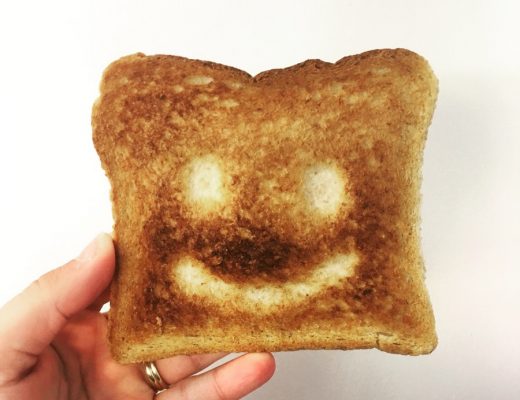 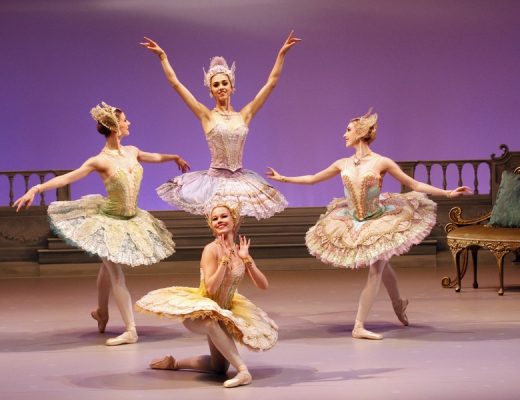 The Sleeping Beauty – a new production for younger ballet lovers

March 9, 2016
Previous Post How to Train a Dragon Play
Next Post Construct a Quick Mini Tent for Play