My husband Matthew and I were invited to the Shout Communications premiere screening of Disney’s Star Wars: The Rise of Skywalker, which is open now in cinemas.

I have to acknowledge at the outset, I am the only non-Star-Wars-groupie in our family. Outnumbered, 5 to 1. Don’t get me wrong, I like Star Wars, and I really enjoyed the original trilogy (great character development) but my husband and four children take the Star Wars obsession fandom to the next level.

So my review comes from the perspective of a person who enjoys Star Wars in general (as I would other movies) but I wouldn’t call myself a Star Wars fan. Case in point, I had to get my husband to give me a summary of the previous two movies (which I have watched) on the way to the screening to get me up to speed. A task he did very well.

Directed by J.J. Abrams, the film has epic scenes, iconic lines and fills many of the gaps opened in the previous two instalments.  There are three factors that impressed me about the movie.

First, the cinematography was incredible, and I especially appreciated the water scenes (you’ll have to watch to find out what I mean). The visual and sound elements certainly capture the epic-ness of the film.

Secondly, the film explores more deeply, the complexity of the Rey and Kylo Ren characters, which provides a bigger picture of why they were drawn so closely together. There is a touching moment towards the end, where I was rather transfixed with the body language between the characters (as there is no dialogue in this particular moment). It stuck in my mind after I left the cinema because I didn’t want it to be the way it was, but I realised it needed to be. The moment captured a sense of redemption that is key to Star Wars stories.

Thirdly, the fun chemistry between the crew of the Millennium Falcon, Poe, Finn, Chewbacca, C-3PO and BB-8 echoed, without replicating, the essence of the original crew. There is quite a few fan-favourite moments and lines throughout the movie. My favourite Star Wars character of all time is C-3PO, and he didn’t disappoint.

While I am not a Star Wars fanatic, I do appreciate a good film. For me, a good film (of any genre) MUST have strong storytelling and character development. Pacing is also really important. This is where the movie didn’t quite hold up. It tends to be jumpy between scenes; there is just so much going on. There is less of a build of momentum and more of a must-tick-off-all-the-items-in-the-list feel to the film. There was not enough character development and continuity throughout the previous two films, and I found I didn’t connect as deeply to the characters and what they were trying to achieve, compared to the original trilogy.

When we left the cinema and my husband and I were talking about it on the drive home, I asked him, “What were they trying to achieve again, in that last mission? What was the plan?”

The “action plan” I am talking about at the end of the film was agreed in a quick moment and then bam, next scene. It’s hard not the compare with the original trilogy, but I need to refer back to it because I’m talking about story-telling, and there was absolutely no doubt in Star Wars: A New Hope the mission to destroy the Death Star and how to do it. However, considering the challenges this film faced (the untimely passing of Carrie Fisher and so many narrative gaps to fill, J.J. Abrahms did a solid job on this film.

I enjoyed the movie, it had a lot of good moments, and the ending felt fitting, in that it left me accepting the end (the end-end), without complete finality.

Hmmm…I’ve got a bad feeling about this.

Some backstory…Star Wars has been a significant part of my life since childhood. I wasn’t born when Star Wars (A New Hope) was released, and was too young to have seen any of the original trilogy in the cinema, but as I watched these movies at home in the late 80s (on VHS, yes, showing my age!) they quickly became my favourites.

That feeling of being dumped into a galaxy-wide conflict at the height of a tyrannical Empire (the scope and detail of which had not been seen before), the instant cold chill of coming face to face with Darth Vader, the joy of being swept up in the adventure of a farm boy who was so unprepared for the physical and metaphysical journey that he comes to face, characters that you deeply connect with and care about (really, there is hardly a dud one in the whole original trilogy and a number have grown to be pop-culture icons as heroes, heroines, scoundrels and villains) without any agendas, the quote-worthy scripts and cracking one-liners, and of course “I am your father”!

These movies changed cinema forever and imprinted on me how Star Wars should feel and what Star Wars should be, at least in my own mind, and there is much more I could say. Then there was silence, or as Star Wars fans would call ‘the dark times’, that period between the release of Return of The Jedi in 1983 and The Phantom Menace in 1999 when Star Wars was largely absent from popular culture (an entire ‘Expanded Universe’ was spawned in print media in this period, but that is a story for another time). Then came the ‘Prequel Trilogy’, granted, the movies are not masterpieces, and they did cause some fan angst (yes I’m looking at you Jar Jar Binks while taking my Midichlorian count and trying to get this sand out from everywhere) but they still ‘felt’ like Star Wars and were at least narratively cohesive. I have introduced my wife and children to Star Wars, the kids are all fans and love it, and Kell, while Science Fiction is not her chosen movie genre, has genuine love and affection for the ‘Original Trilogy’.

Cue The Force Awakens, I liked this movie, yes there was ‘fan service’, yes there was nostalgia (or just plain rehashing from the Original Trilogy) but it introduced some interesting new main characters (Rey, Poe and Finn), and more importantly it ‘felt’ like Star Wars (as did Rogue One). Then came The Last Jedi (you know, the one that split the fan base), it was full of action, full of adventure, and maybe I am getting cynical in my relatively old age, but it seemed full of agenda. I will not forgive what they did to Luke Skywalker, for me, they trashed his character, I still don’t know why. Snoke, the principal villain was killed off, General Hux was reduced to an incompetent pitiful ragdoll, Poe was emasculated by a newly introduced character, who then made a sacrifice that would have been a fitting end for an established hero (Admiral Ackbar), who instead died off-screen with merely a passing comment. This movie looked like Star Wars (and looked beautiful, and the final scene was epic), but it didn’t ‘feel’ like Star Wars to me.

And now to The Rise of Skywalker…and I’m still not sure what to make of all this. I have read a number of reviews since I have seen this movie, probably to try and justify my own reaction! Some seem disappointed that The Rise of Skywalker has ‘backed away’ from some ‘brave’ directions that were taken in The Last Jedi, that this movie is just 2 and a bit hours of ‘fan service’ that is pandering to the generation that grew up with the Original Trilogy, and that by taking this tack, it has somehow robbed the next generation of Star Wars fans of something potentially great. So surely, if this movie should appeal to anyone, it should appeal to me right, one of the ‘fan boys’?

“Think of some positives Matt,” I hear Kell saying in my head. Well, it is a visually beautiful and well-shot movie, certainly full of action, the Emperor is in it (I love myself a bit of Palps), C-3PO’s humorous interjections were spot on, Kylo and Rey’s relationship deepens (and is interesting with some powerful moments), Luke in his short appearance is Luke Skywalker again, and it answers a lot of loose ends; but herein lies a crucial problem: this movie needs to do too much.

The Force Awakens went one way, The Last Jedi a different direction, this is the movie that needs to decide the direction, tie up the loose ends, be a ‘Star Wars’ movie, have action, develop characters and land the whole saga…and it just cannot manage this. Think of great movie trilogies in which the last movie has been expected to do all those things on top of closing it out? With the ‘Original Trilogy’ or ‘Lord of the Rings’ the character development was sorted by the end of the second movie, there may have been some twists but the end was clear; rescue Han from Jabba, redeem the father, defeat the Empire, destroy Sauron, save Middle Earth, all when characters you love and care about are at significant peril, against overwhelming odds, and at inevitably personal cost.

The narrative changes in this latest Star Wars trilogy have stymied character development, I did not feel for these characters through this movie the way I thought I should, the way I wanted to; the Ts are crossed, the Is are dotted but the fist-pumping close is missing. So when it comes to the significant element of ‘fan service’ (and there is plenty), yes, there are some interesting cameos and visions of the past, but that is not what I want from Star Wars. Perhaps what I want from Star Wars going forward is unrealistic, thinking back to my childhood, the best I can come up with to describe the way Star Wars felt for me was transcendence; these were the supreme movies of my childhood, I guess it is pretty hard to measure up to that.

This evening I will be taking the ‘next generation’ of Star Wars fans to see this movie. Our youngest is 12, there are some scary scenes (cue Palpatine), and the usual ‘Star Wars’ action violence, but I feel comfortable taking him (Common Sense Media has not given a full review as yet but the 2 previous movies of the trilogy were recommended for ages 10+). They are all excited, and I will be keenly watching their reactions and will be interested to hear their thoughts and perspectives on this latest instalment.

What our children thought 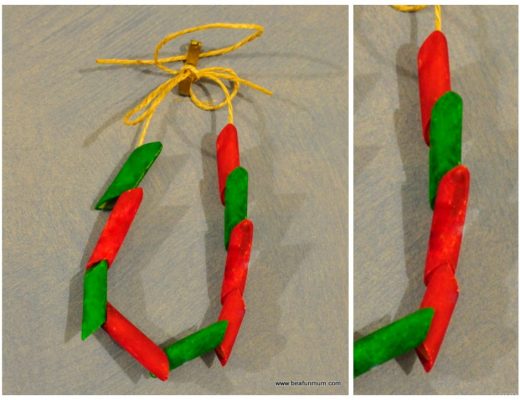 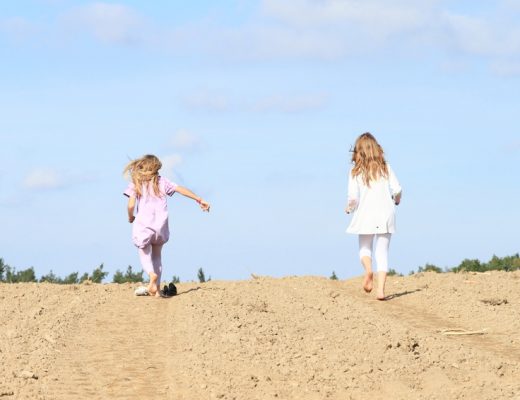 Let’s Foster a World of Freedom for Our Girls 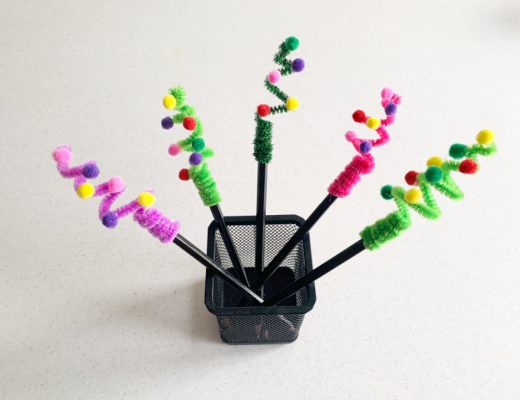