The Crisis: How autism nearly destroyed my family and what we did

According to the Australian Institute of Health and Welfare, an estimated 164 000 people had Autism Spectrum Disorder (autism) in 2015, representing about 1 in 150 Australians.

One of those statistics is Joshua, the teenage son of Queensland university academic Matthew Karpin. Matthew has penned a book about his experiences of parenting a child with autism, called The Crisis: How autism nearly destroyed my family and what we did.

It’s not a jargon-laden book brimming with medical advice, but rather a raw and compelling account of Matthew’s parenting journey, in which he articulately and compassionately describes both the heart-warming and heart-breaking aspects of fathering Joshua. Matthew explains that this book is about being torn. When there are impossible decisions that have no neat answers.

The book is to do with being a parent; a member of a family; a guardian of not just your children, but yourself, your sense of danger, your sense of integrity. This book is about that. It deals with circumstances that illustrate the way in which at times we have to live a reality that does not accord with what we want, what we can bear, what we can tolerate. And at times the source of that fear/danger is our family members. This was the unbearable dichotomy. The way we are torn. The call upon us to make a choice and choices that either way we make it/them will reduce us. There is no answer. There is no solution. There is simply a choice of response that leaves us diminished. At times it’s certainly not a happy circumstance.

Matthew shares that some of the family’s toughest times resulted from Joshua’s meltdowns, and that these meltdowns sometimes led to violent behaviour from Joshua, directed at Matthew, his wife Margaret and their younger daughter.

He writes in the first chapter:

“But when a child with autism is driven to the edge, it is by the accumulation of explosive stimuli to which he cannot otherwise respond. The edge to which he takes you, his family, is at the time, where he lives. You are being taken, in a crisis, to his world – and it is extremely troubling. To cope – at the very least, cope, because this is not sustainable but just an emergency response – you have to somehow ride it out. Getting everyone out of that place, back into the world of the rational, is a distant, secondary goal.”

But ride it out they did, and Matthew tells the story over ten chapters, beginning with Joshua’s birth, his early development, and the birth of his sister, before providing an account of a day when “things went considerably pear-shaped”. He then ends with describing how his family recovered from that particular crisis.

“I wrote it [the book] with urgency, feeling if I didn’t write it now (at the time) it would never be possible for me to write it at all.” Matthew explains.

“I would remain completely changed by the events and circumstances described, but not a testifying witness of those events and cirucmstances. So I sat in the driver’s seat as urgency drove me. “

With a sense of honesty that makes this book so relatable, Matthew admits that at times he felt like he couldn’t live with his son but couldn’t live without him either. When Joshua was younger, he and Margaret persisted through each challenge, leaning heavily on support from family, friends and medical professionals. But as Joshua got older and stronger, the family reached another crisis point.

“It got to a point where we couldn’t have Joshua at home anymore,” Matthew says. “When he was seventeen and a half, he began to get restless, angry and aggressive. I tried my hardest. I took him to so many doctors, tried so many outings, football, performance centres, going to stay with my mum and stepfather in Sydney for a while, trips in the car, changes in medication, but he was just constantly volatile. He went to hospital. They suggested, along with Joshua’s private psychiatrist, that he might be bipolar as well as well as autistic. This can manifest at this age. He was roaring with mental anguish.”

Eventually, Matthew and Margaret found accommodation for Joshua with assistance from the National Disability Insurance Scheme (NDIS) and Matthew now visits him every day. Joshua’s wellbeing improved and at one stage, Matthew thought Joshua was sufficiently stable and arranged to bring him home.

In the first week, Joshua did remain emotionally stable, but during his second week at home, the situation began to deteriorate.

“He would throw his glasses and smash them on the floor. Once he threw his phone – which instantly broke. I told him to take a deep breath. He wanted to learn how to do this, and we practised taking deep breaths or lying down and listening to soothing music. But one day, in the third week of him being back at home, while I was engaged in the various projects with him, drawings, videos, walks, he suddenly lashed out again, tearing my glasses off my face and breaking them, scratching me and slapping me uncontrollably.”

It became heartbreakingly clear that it was not possible to manage Joshua’s needs in the home environment, in a way that would keep everyone in the family safe.

“When he [Joshua] realised the reality, he cried,” Matthew shares. “Normally, he didn’t cry – he might bellow or scream. But normal crying wasn’t normal for him. I will never forget how Joshua broke down that afternoon, and cried, when he realised that we couldn’t live together.”

It was one of Matthew’s lowest points as a father, yet despite the challenges, he says he has hope for Joshua’s future.

“Just yesterday, when I went to visit Joshua, he asked me a series of questions which gave me great optimism,” Matthew says.

‘Dad, I want you to text Polly [name of a London friend] and ask her when we can visit again.’

So, I texted Polly and reported back to him a couple of minutes later.

I said, ‘Polly says we can’t come over to London at the moment because of COVID, but we will be able to eventually when the pandemic is over and when you are all better.’

Then, a little later:

‘Dad, I wonder if there is somewhere I’d like to go even more than London?’

‘Is there Josh? Where is that?’

‘Oh, that would be great Joshua.’

Then, a little later, still:

‘When we go to the Antarctic Circle, I want to go with you, my mum, and my sister Georgia!’

I said, ‘That would be so great, some time in the future, Joshua!’

“To me, this was a sign that Joshua is looking forward to things again, that he himself has hope – in which I can certainly share; that he remembers the good things and wants them. On top of this, I thought it could be a sign that his new regime, which includes changed medication and always revised and improved management was kicking in and working for him – and in effect, the whole family.”

Hope is undoubtedly a central theme of The Crisis.  Whether you’re a parent of a child with autism, or you are supporting a family or friend on their parenting journey, reading The Crisis will leave you changed for the better. Matthew’s bond with and unconditional love for his son shines through in a way that is cheering and inspiring. We also hear of Joshua’s many wonderful and refreshing qualities, including his guilelessness and unaffected ways.

Matthew captures in this story, the significant challenges that families face in the home. Challenges that are often hidden or tabooed, which makes getting help and support difficult. It’s about leaning into a crisis and findings new ways to be family. It’s about the kind of deep love a parent has for their child. It’s about the hope that arises during times of despair.

Now, Matthew is working on a play with a colleague, Kate Rice, on the same topic as the book, called What Shall We Ever Do?

“It’s part fiction and part fact but all drama and very real,” Matthew says. “I’d like people to keep an eye out for it.”

Order a copy of The Crisis here. 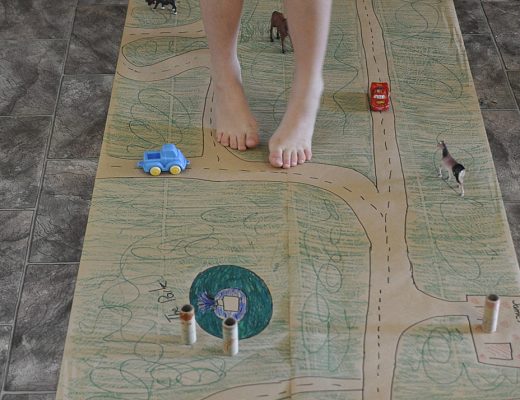 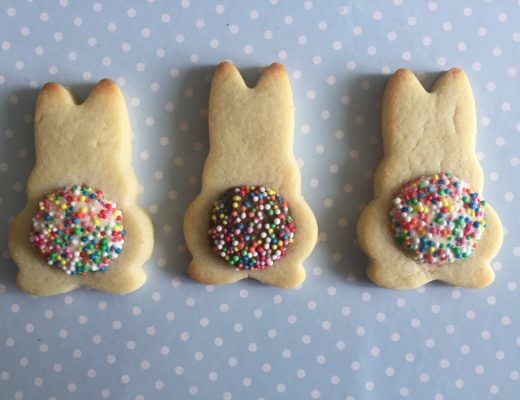 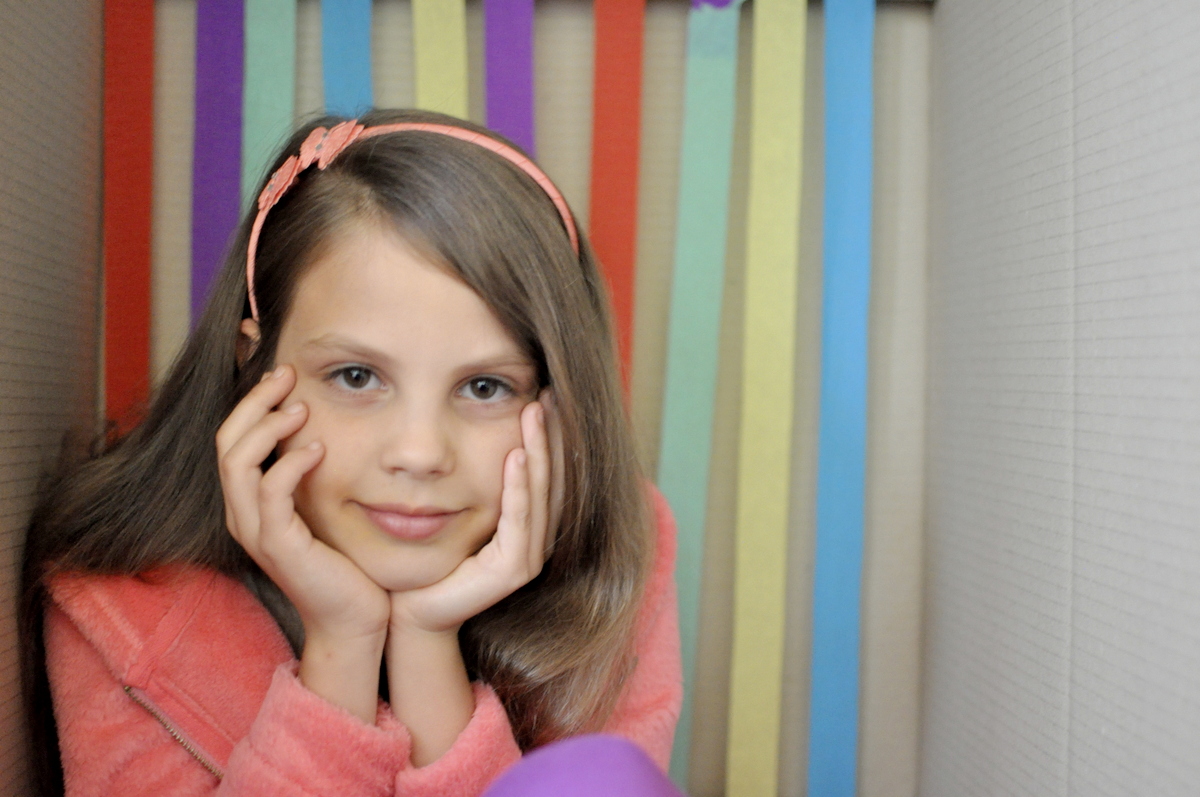